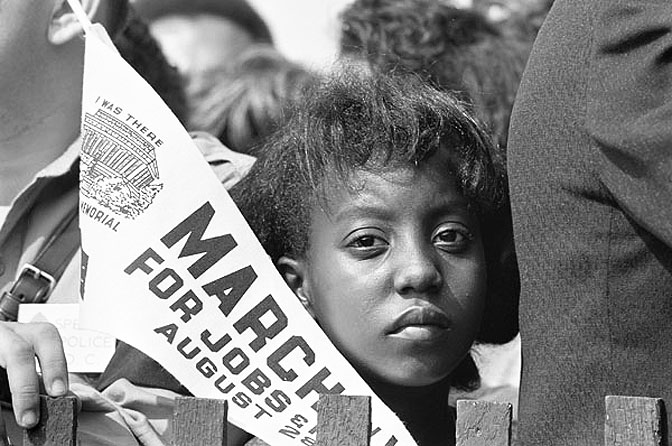 Civil Rights Movement In America. . . only the beginning.

August 28th marks the 57th anniversary of the legendary March on Washington. The largest Civil Rights demonstration of its kind up to this point, the march culminated in a day of speeches in front of the Lincoln Memorial and a general feeling that something had begun.

Most people think of this day only in the context of the famous “I Have A Dream” speech of Dr. Martin Luther King. And that this demonstration somehow signaled an end to segregation, Jim Crow, discrimination, racism and the seemingly endless struggle was over.

Oh, that it were so. But no. If anything, it intensified the struggle and has claimed countless more lives since that day. The struggle, if anything, continues to this day.

But on August 28th 1963, 55 years ago, it was a start and it was a mass showing of people committed to the cause of Civil Rights and it became the focus of the world.

But as I said, the famous “I Have A Dream” speech was only one speech delivered that day. Perhaps the most inspiring and dramatic, but one of several voices deeply committed to the cause of ending the racial divide in this country.

And so, my post in honor of this occasion is made up of many of those other address, in addition to Dr. King, given by other pivotal figures in the movement.

A. Philip Randolph. The de facto Master of ceremonies, but a vital force in the Civil Rights movement.

Click on the link here for Audio Player: A Philip Randolph addresses the Washington Marchers – August 28, 1963

Acting as Master of Ceremonies and leading the March was the Dean of Civil Rights leaders, A. Philip Randolph. Representing the American Labor Movement, it was Randolph, along with Bayard Rustin and Dr. Martin Luther King who organized the march and it was Randolph who inspired the Freedom Budget which deal with the economic and unemployment struggles in the black community.

Click on the link here for Audio Player: John Lewis Address to March On Washington – August 28, 1963

The youngest speaker to address the rally, John Lewis, at 23 had already seen more than his fair share of the Civil Rights Struggle. As organizer and Chairman of The Student Nonviolent Coordinating Committee, Lewis helped organize the famous Mississippi Freedom Riders in 1960. For his work and  abilities to organize successful protests during the Mississippi Freedom Summer, he was considered one of the “Big Six” in the Civil Rights Movement.

A. Philip Randolph then introduces Chairman of The Urban League, Whitney Young.

Click on the link here for Audio Player: Whitney Young Addresses The March On Washington – August 28, 1963

As a tireless worker for Civil Rights in the area of employment discrimination, Whitney Young took the flagging and passive Nebraska chapter of The Urban League in 1950 and built it into one of the most influential and powerful organizations in dealing with the problems of the poor and disenfranchised. He would later become President of the NAACP, with another notable Civil Rights figure, Roy Wilkins as its executive director, who follows him with the next address.

As the longest serving leader of the NAACP, Roy Wilkins was also one of the leading figures in the Civil Rights Movement. Not only one of the organizers of the March on Washington, he was also instrumental in an economic plan to counter the “Credit Squeeze” imposed by the White Citizens Councils in the South by helping create a bank owned and run by African-Americans (the Tri-State Bank) which offered loans and helped establish a solid economic base for the black community in the South. In addition to organizing the March on Washington, Wilkins also helped organize the Selma to Montgomery Marches in 1965 and the March Against Fear in 1966.

The address that will never be forgotten.

Without question, the most often played, quoted and referred-to speech in American history. The address most people have come to assume was the only address that day, and the one many people wrongly assume came to signal the end of discrimination in America.  If it all could have happened on the basis of one impassioned address, no doubt this would be it. But is signaled the beginning of what would be, and still is, a long bitter struggle to achieve racial equality in this country. No doubt the most dramatic and poetic speech of the day, it was nonetheless only a part of what would be a day-long celebration and show of unity.

Click on the link here for Audio Player: Bayard Rustin addresses the March On Washington – August 28, 1963

One of the earliest Civil Rights Activists, Bayard Rustin had been involved in helping initiate a Freedom Ride in the South in 1947 to challenge racial segregation on Interstate Busing. He helped organize the Southern Christian Leadership Council and was an active promoter of the non-violent practices of Mohandas Gandhi, which he learned first hand from his time in India during the Independence Movement there. Rustin was also a major influence on other non-violent activists, among them Stokely Carmichael. But he also had to deal with an additional discrimination; that of a black homosexual who had been arrested in 1953 when homosexuality was considered a punishable crime. So in addition to being an activist in the Civil Rights movement, Bayard Rustin was also an early activist in the Gay Rights movement in the 1970s. Sadly, his work in the Civil Rights movement has been largely ignored over the years. Something that needs to be addressed.

To close the rally, A. Philip Randolph calls on Morehouse College President Dr. Benjamin E. Mays to lead the benediction.

Closing an overwhelming day in history.

And ending one of the most historic days of the 1960s. This is only a small portion of what went on that day. But it’s at least a sampling of a historic day that has lived on in the minds of millions of people these past 55 years and became a pivotal point in a struggle for Civil Rights, Human Rights and dignity.