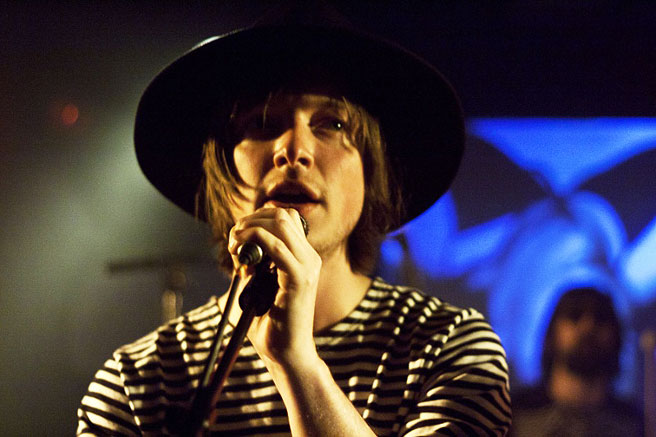 Having a very busy year and it's only half over.

Jacco Gardner: Having a very busy year and 2103 was only half over.

Editors note: This was originally published in 2013:

2013 was a busy year for Jacco Gardner, whose latest album Cabinet of Curiosities has been getting a considerable amount of attention. Gardner has been touring extensively for most of this year so far and has been widening his fan base by leaps and bounds.

I’ve been running some of his concerts from earlier this year, but this latest one is a very small affair. Soirèe de Poche (or Evening Pocket in loose translation) is basically a club date in a house on the outskirts of Paris and has been popular with a lot of bands as a way to get up-close-and-personal with the audience. Frankly, it’s a great idea and the intimate setting is a kick for both the band and the crowd.

This session was recorded on June 20th, 2013 and broadcast early in August. In this stripped down atmosphere, free of whatever stage presentation a band uses, from elaborate to minimal, it showcases musical talent on its own terms – flying without a net, as it were. In the case of Jacco Gardner, it gives an opportunity for the audience to hear what he’s all about without having to wander through layers of production in order to find him.

The end result; it gives me an added admiration for his artistry, and an added dimension to go along with his recorded material. The best of what a musical experience is all about.

You’ll be hearing a lot more from him in the coming months – if you aren’t familiar, hit the play button and crank it up. And check him out when he hits the states in October.