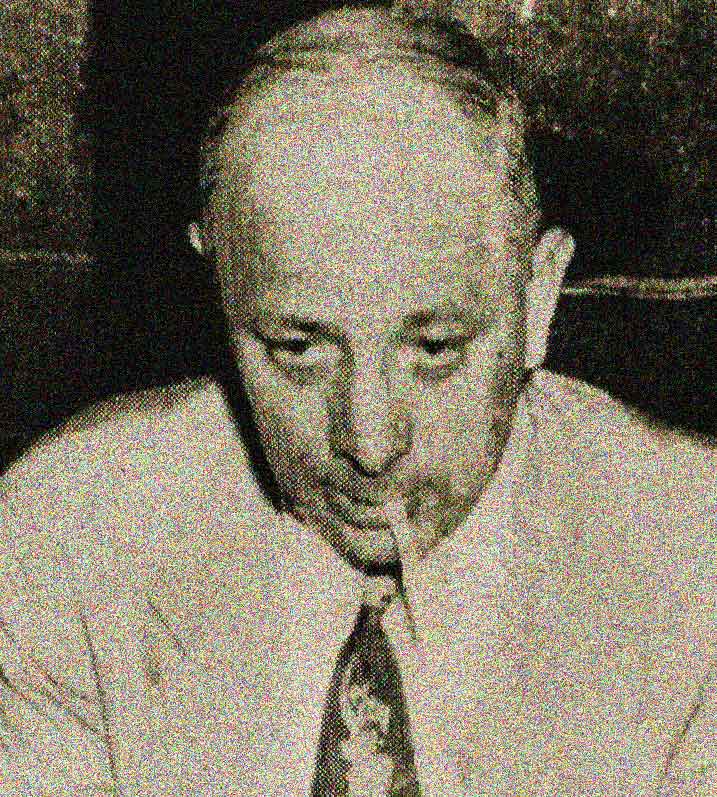 John Maragon – When in doubt, plead the Fifth.

Click on the link here for Audio Player – Voices And Events for the week ending August 28, 1949 – Gordon Skene Sound Collection

News for the week ending on this August 28th in 1949 had much to do with a familiar meme; corruption, profiteering, influence peddling and bribery on Capitol Hill. In this case, it was about the infamous “Five Per-centers”, that group of individuals who brokered contracts during the war and turned a handy profit by merely being the middle man and having “friends in all the right places”. In this case, it was Middle-Man John Maragon and the friend in a high place was General Harry Vaughan who had much to do with awarding Defense contracts during World War 2.

And another familiar sound echoed throughout Capitol Hill this week – that of “I refuse to answer the question on the grounds that it might tend to incriminate me”; the old Plead-The-fifth rap. Maragon used it so often it became a joke to the committee conducting the hearings.

And another scandal was being probed by Capitol Hill. This one having to do with the B-36 Bomber controversy and another investigation on charges of corruption, profiteering, influence peddling and bribery. This one involved the Navy Department and more testimony. Would the scandals ever cease? Not ever likely, it seems.

It was also a Congressional Election year, and based on the actions of the newly formed Dixiecrats, who opposed the Civil Rights legislation pending in Congress, it wasn’t going to be smooth sailing. Members of the DNC met this week and handed the renegade Senators and Congressmen their walking papers – effectively kicking them out of the party. President Truman angrily denounced the Southern group, reminding them the Democratic Party was a national party, not a sectional one and that he won the 1948 Presidential election without the help of the “solid South”, and that was that.

The FCC also ruled this week in 1949 there would be no more radio giveaway programs. Before the days of TV and game shows, radio had its fair share of game shows, and one of the big attractions were prizes given away – much the same as TV. But in 1949 it was declared illegal to give away anything on radio and so the FCC banned the practice.

It was also the beginning of Hurricane season, and in 1949 huge advances were made in the forecasting of Hurricanes and where they would make landfall. This was a big deal in 1949, as prior to that, where Hurricanes went was anybody’s guess.

And an icon from the days of British Music Hall and American Vaudeville was nearing death. Sir Harry Lauder was one of the first international stars to achieve mass popularity in the days before World War 1. His appearances were sold out wherever he performed and his records sold in the millions. During this week tributes and remembrances poured in from all  over the world, honoring the popular star of the early 20th century.

And this week in 1949 also marked the 10th anniversary of the beginning of the War in Europe – the one that eventually led to World War 2.