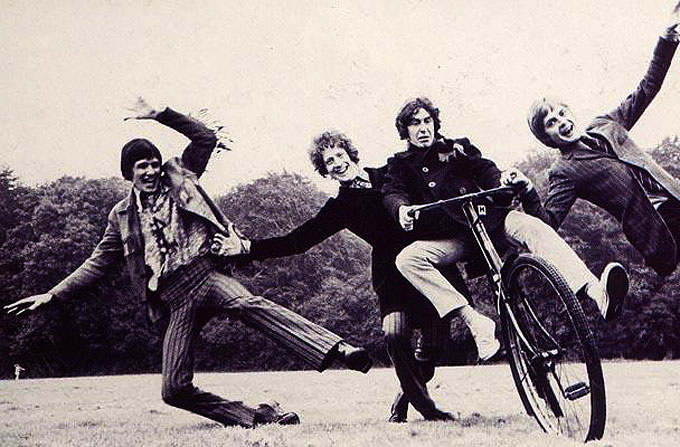 From Criminally neglected to one of the 100 Greatest Albums.

Blossom Toes – In Session 1968 – Nights At The Roundtable: Session Edition

From Criminally neglected to one of the 100 Greatest Psychedelic bands.

Click on the link here for Audio Player – Blossom Toes – In Session at Bouton Rouge – February 10, 1968

We have that small, dedicated, somewhat loopy society of individuals known as The Record Collectors to thank for rescuing what has been, up to now, one of the most criminally underrated and overlooked bands of the 1960s. Blossom Toes were originally  known as The Ingoes before teaming up with notorious impresario Giorgio Gomelsky and landing in the prestigious spot on his newly founded label Marmalade. Gomelsky may or may not have had something to do with the band’s lack of commercial success, but in any event, Blossom Toes released two critically acclaimed albums and a handful of singles, all to very little in the way of audience reaction and nothing released in the U.S. for all the trouble. Having only been together from 1967 to 1969, there really wasn’t that much time to make a dent in public perception. But even then, the albums were strong enough they should have done otherwise. So the group broke up and splintered off, with some of the members becoming part of another underrated and overlooked band B.B. Blunder (a session from them coming up), while others went off to other established groups such as Family.

Fortunately, they were rediscovered several years ago and they have, at least partially, gotten some of the recognition they richly deserved. A wonderful band with a serious attack of talent – they give further evidence to the theory that Popular Music makes no sense.

During their heyday, or at least during the big push for commercial recognition, they did a live performance for the French TV program Bouton Rouge on February 10, 1968. It’s one of the rare live performances preserved (although there is a live album floating around which sounds, well  . . . .interesting), and offers another glimpse into a band who made good records but got lost in the shuffle.