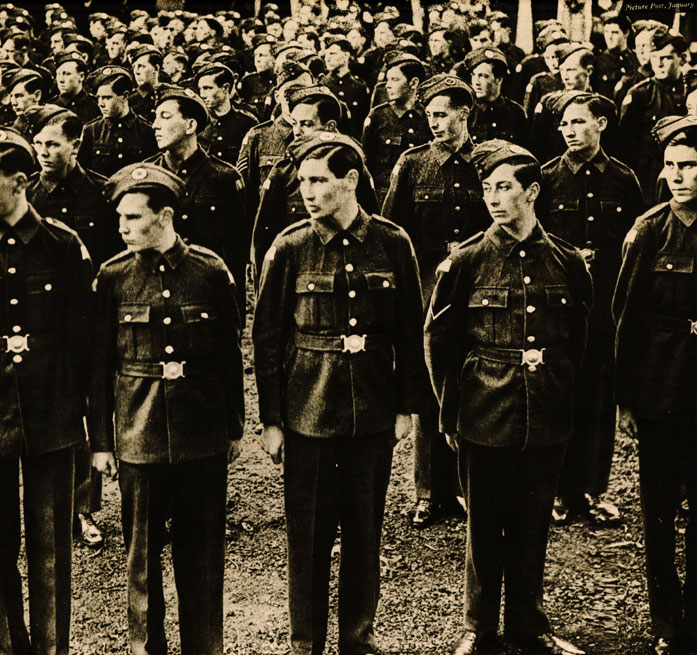 Ramping Up The Bellicosity – Calling Up The Reserves – August 30, 1939

As all hopes were pinned on a response to an eleventh hour appeal from Prime Minister Chamberlain to Adolf Hitler, no one was taking any chances. And news for this day was about preparations and calling up reserves for what was sure to become another war.

News for this August 30th in 1939 comes from Radio Berlin, EIAR in Rome, Paris Radio and a commentary by Berlin Radio on the latest set of attempted negotiations in order to avert war. Meanwhile, cranking up the propaganda machine was Radio Berlin, with reports of “atrocities” committed by Polish troops near the border and acts of provocation on German civilians living in Eastern Poland.

All of these newscasts are in English and picked up via Shortwave at several listening posts in the U.S.  The situation seemed dire in Europe, and was cause for concern in the U.S. But it also seemed like a distant crisis, and one that wouldn’t involve America. Having been only a little over 20 years since World War 1, it was remembered the U.S. didn’t become involved until 1916, when the war was already two years old. Perhaps this time it would be different. However, public sentiment was very much against the U.S. getting involved. This was, as far as America saw it, a European war, one that had very little if anything to do with us. Some felt differently and some felt we should be able to send supplies and equipment over, but not troops.

Still, the ominous reports of calling up reserves, news of the evacuation of Paris and how all public transportation was used to bring troops to the front seemed strangely familiar. As if nothing was learned from the last time. And on this August 30th in 1939 it was just a matter of waiting for shoes to drop.