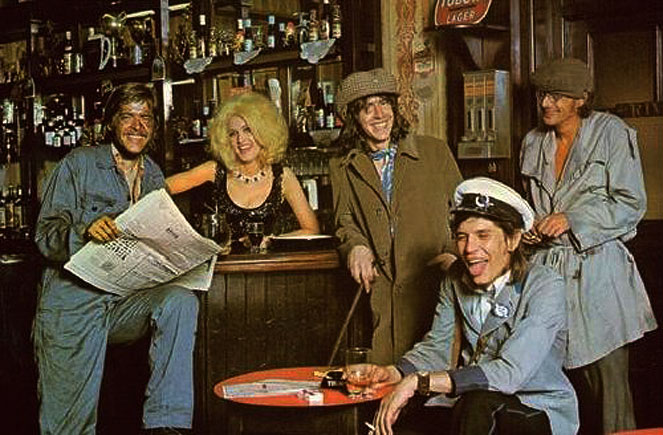 B.B. Blunder – In Session 1970 – Nights At The Roundtable: Session Edition

As promised a few days ago after running Blossom Toes, here is the next logical step – B.B. Blunder came about as Blossom Toes ceased to exist. Together for what seemed like ten minutes, the band actually were together a bit longer, enough time to make the classic (and completely underrated/overlooked Worker’s Playtime), provide backup for a solo effort by Reg King who also briefly joined the band and then drifted back into neglect.

Worker’s Playtime was issued in the States, on the Polydor label, which may have explained why they were overlooked. Polydor was just getting it’s act together in the U.S. and not having an easy go of it in 1971. For some reason, United Artists (the label they were on in the UK) passed on the option to release them in the U.S., which probably compounded the lack of enthusiasm for what was otherwise a great debut album.

But as I’ve said countless times before; it’s almost impossible to predict what people will respond to and whey they won’t respond to where the subject of Pop Music is concerned. Bands  you were dead-certain would make it massively came and went almost totally unnoticed.

At any rate – here is one of the rare appearances B.B. Blunder made via The BBC’s Top Of The Pops. Just two numbers, but enough to make you wonder why they weren’t a huge success in 1970.

One more band to wonder about.