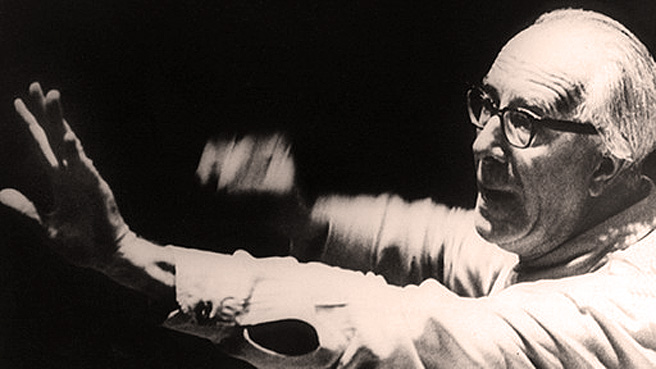 One of the Grand Elder Statesmen of The Podium.

One of the Grand Elder Statesmen of The Podium.

Another historic concert this week – The New York Philiharmonic guest conducted by the legendary Eugen Jochum in a program of music by Hindemith and Beethoven.

Eugen Jochum was one of the last of the great German conductors, a contemporary of Wilhelm Furtwangler, he was much revered throughout the world and was highly sought-after as guest conductor. His many recordings are still in print to this day and his readings of Bruckner are considered practically definitive.

Needless to say, his guest appearance with the New York Philharmonic was enthusiastically received.

And you get to hear why.