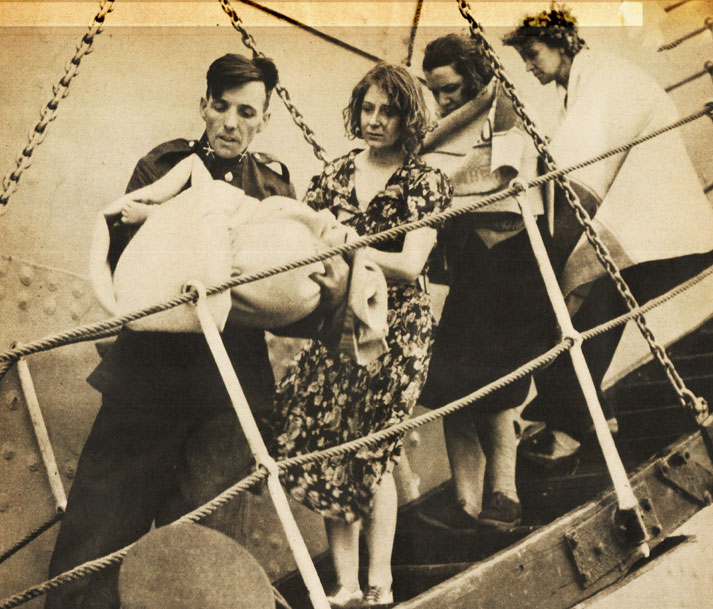 With War in Europe officially declared, this day in September 1939, the first official casualties reported wound up being civilians, innocent bystanders, caught in the wrong place at the wrong time. The SS Athenia had been sunk, killing 117. And the news via shortwave listening posts, as well as every newspaper and domestic news broadcast, was all about that.

Amid conflicting reports (and there were a lot of them), the Passenger ship was bound for Montreal from Glasgow when it was torpedoed 200 miles off the Canadian coast. With some 1400 passengers on board, including 300 Americans, the ship was struck by one torpedo.

The Germans denied firing on the ship, even though the German submarine U-30 was seen following the Athenia. And the German passenger ship SS Bremen, en route from New York to Murmansk refused to pick up survivors, despite receiving distress signals.

All told, some 981 passengers and crew were eventually rescued.

For Canadians, Britons and even Americans, this is when and where the Second World War war began. The Germans were ready. A flotilla of 19 U-boats had sailed between Aug. 19 and 22 and were on station around the British Isles when the crisis over the German invasion of Poland reached its climax.

And that’s what was going on this September 4th in 1939 as reported by The BBC World Service and the English service of Paris Radio.