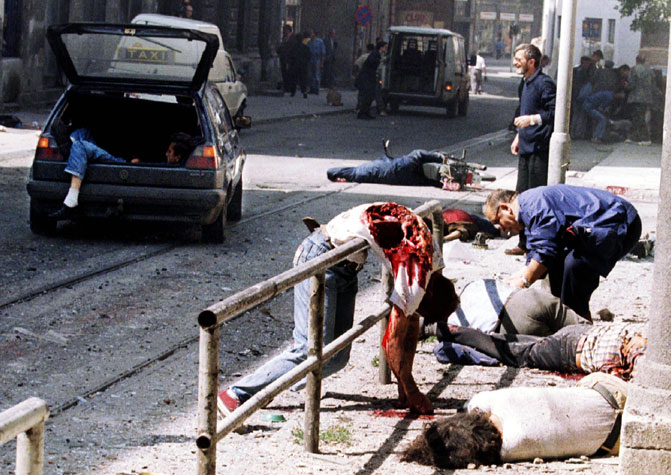 Our situation in Syria may have more in common with this than with Saddam.

Our situation in Syria may have more in common with this than with Saddam.

The glue eventually came apart at the seams, the intense settling of scores and the spread of religious factions exploded and turned the entire area into a slice of hell not witnessed since the darkest days of World War 2. Ethnic Cleansing became a new word in our lexicon of shock and horror in the mid-1990s. Killing was on a mass scale.

The U.S. and NATO attempted to broker a peace settlement but fighting continued before the U.S. staged a number of bombing campaigns on Bosnian Serb sites, finally bringing about the Dayton Agreement in December. But that was a ways off.

The news on this day was about the war in Bosnia as relayed by NPR on September 5, 1995.