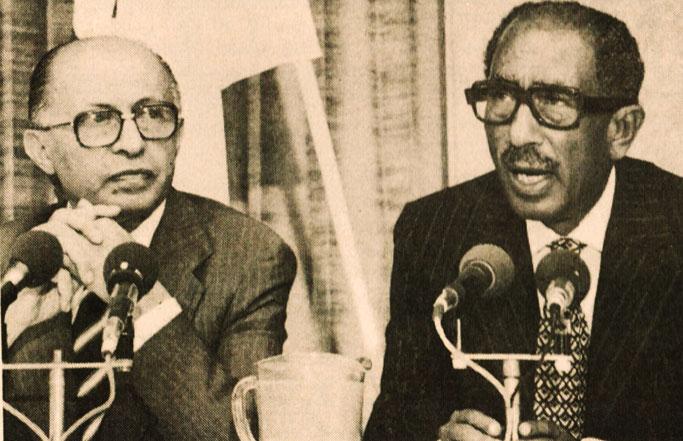 Another week of alarm, anticipation and memorials. This one from 1979.

The week that ended on September 9th in 1979 had much to do with a potential crisis brewing over, again, Cuba. Reports surfaced that as many as two brigades of Russian troops were stationed on the island, and it brought up visions of 1962, sending alarm signals all through Capitol Hill. But on further study it wasn’t quite clear as to whether the troops had been there for weeks, months or years. But the fact that they were there at all was  grounds for deep concern and scrambles for diplomatic explanations and Cold War table thumping.

In another part of the world – the Middle East, talks between Israel’s Menachem Begin and Egypt’s Anwar Sadat were looking hopeful. Not that anyone was letting out the proverbial sigh of relief anytime soon. But it was enough to give a certain pause in the endless stress.

And memorial tributes were still coming in as Lord Mountbatten was finally laid to rest. Mountbatten, a colorful figure and a favorite among the Royal Family in Britain, had been the victim of an IRA bombing two weeks earlier. The shockwaves reverberated all over the UK. The decades long struggle over Northern Ireland once again came front and center.

And that was just a little of what went on this particular September 9th in 1979, as reported over the CBS Radio Network’s World This Week and The CBS Radio Hourly News.

If you’re reading this and were around at the time, you survived.