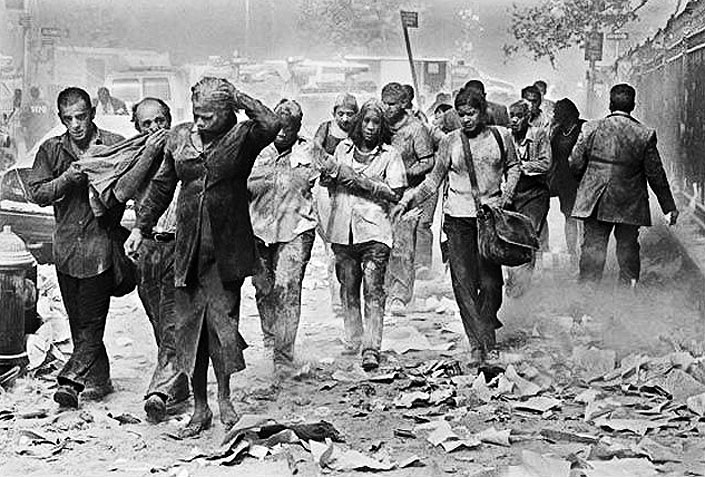 At first, no one wanted to believe something so horrible could be intentional.

At first, no one wanted to believe something so horrible could be intentional.

At the time, people were hard-pressed to call it a terrorist act. It seemed unconscionable that anyone would intentionally fly a plane directly into the World Trade Center. But when a second plane hit, the horror began to set in, even though some still clung to the notion it may possible have been a coincidence. But after further reports of another plane crashing into the Pentagon, and another crashing into a field surfaced, all anyone could do was watch, dumbfounded and become enveloped with a feeling of total helplessness as the story unfolded.

And twelve years later it still seems strange. Strange that it happened and strange that so much time has passed.

And so this day serves as a reminder of how fragile this whole thing of life is – how the intentional killing of innocent people seems hard to imagine and how strange that our world has become a different and suspicious place.

Doubtless, this has become a day in history, like other pivotal days in history where people pause to recall where they were and what they were thinking at the time. And even twelve years on, it doesn’t seem very long ago.

And as the airwaves filled that day with little else aside from reports, alerts, reactions and precautions, here is a 70 minute extract from that morning – shortly after the second plane hit and the World Trade Center Towers began to collapse, via NPR’s Morning Edition for September 11, 2001 and relayed to KPCC in Pasadena.