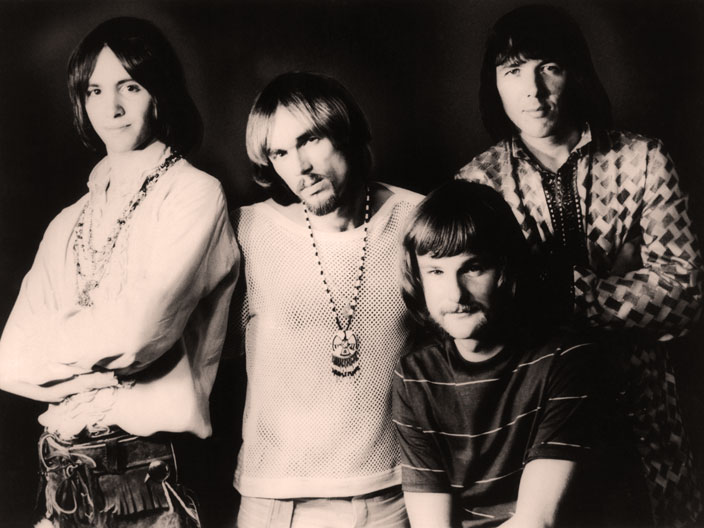 Iron Butterfly – Live At The Galaxy – 1967 – Past Daily Backstage Weekend

Okay – this one comes with a caveat: The sound is so-so. Well . . it’s stereo and there’s some nice separation, but the mixer was operating on the fly and the vocals get lost or are reduced to a thick fuzz of distortion in places. That’s not to say the whole concert sounds terrible – it doesn’t. It just takes a while for the levels to get calmed down.

That said – this is a rare concert by a band who hadn’t quite released their first album yet. Everyone knows Iron Butterfly from one song – In-A-Gadda-Da-Vida (or as it was supposed to be know as: In A Garden Of Eden . . but apparently a few drugs got in the way), but the songs in this concert are all from the first album, which was pretty sensational at the time it was released.

It’s recorded in 1967 (no exact date available) at a club in North Hollywood called The Galaxy. Since there is nothing in the way of crowd sounds, it’s suspected this may be either a rehearsal or a demo of songs to be included in the first album.

Whatever the circumstances, this is a unique document that sounds good for the time.

And if you’ve never heard Iron Butterfly before – or only know them based on that one memorable hit,  this is the next thing to being there.

The West Coast sound was indeed changing by this time and bands like Iron Butterfly, even though they were pigeonholed as a top-40 band for a while,  were at the forefront of that change.

And this concert, given early on in their career, gives some idea of what they were driving at.