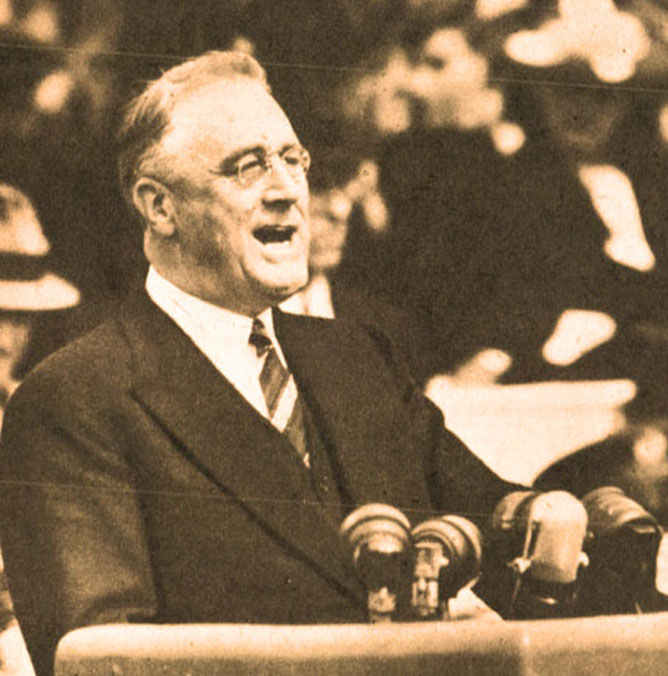 Not wanting economic and social control to remain in a few hands for good reason.

Not wanting economic and social control to remain in a few hands for good reason.

Become a subscriber for exclusive offers: Become a Patron!

Seventy-six  years ago, on September 17th 1937, President Roosevelt delivered his annual Constitution Day address. What makes this address so important is that it came in the midst of the uproar over FDR’s proposed revision of the Supreme Court. It also came during a time huge uncertainties – not only at home but abroad. We were slowly digging out of a depression, only to find a recession slowing things further. We were in the midst of social and economic upheaval (still dealing with Big Business meddling in the affairs of government) and factions bent on condemning the FDR presidency to the label of Socialism. It was, to put it mildly, a very messy and perplexing time.

But beyond all that there was the vision, and FDR sought to calm fears and continue the road to reform:

Pres. Roosevelt: “We have those who really fear the majority rule of democracy, who want old forms of economic and social control to remain in a few hands. They say in their hearts: “If constitutional democracy continues to threaten our control why should we be against a plutocratic dictatorship if that would perpetuate our control?”

And we have those who are in too much of a hurry, who are impatient at the processes of constitutional democracies, who want Utopia overnight and are not sure that some vague form of proletarian dictatorship is not the quickest road to it.

Both types are equally dangerous. One represents cold-blooded resolve to hold power. We have engaged in a definite, and so far successful, contest against that. The other represents a reckless resolve to seize power. Equally we are against that.

And the overwhelming majority of the American people fully understand and completely approve that course as the course of the present government of the United States.

To hold to that course our constitutional democratic form of government must meet the insistence of the great mass of our people that economic and social security and the standard of American living be raised from what they are to levels which the people know our resources justify.

Only by succeeding in that can we ensure against internal doubt as to the worthwhileness of our democracy and dissipate the illusion that the necessary price of efficiency is dictatorship with its attendant spirit of aggression.”

And there are those who would rather we forgot FDR ever happened in the first place.