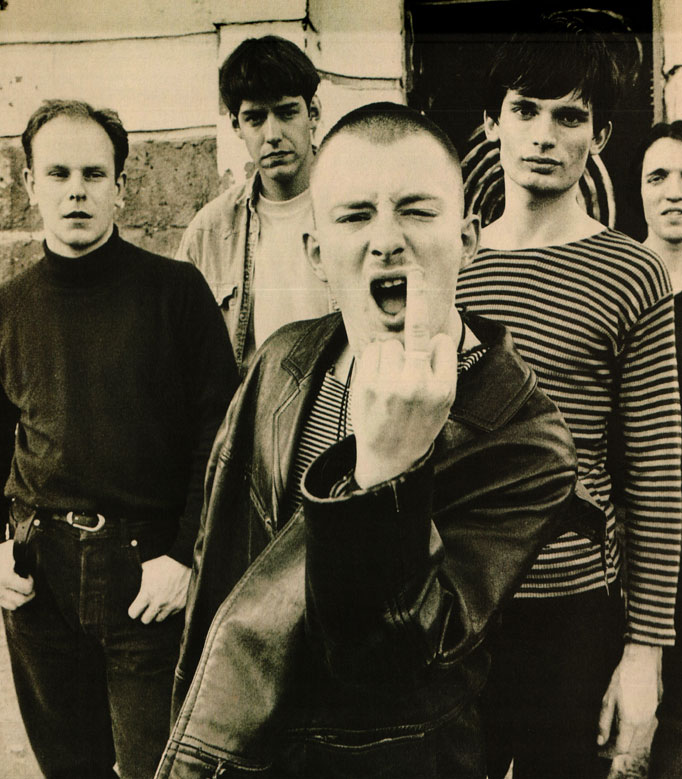 Radiohead – Live At Via Asagio – 1995 – Nights At The Roundtable: Concert Edition

Click on the link here for Audio Player – Radiohead in Concert at Via Asagio, Rome – Recorded May 2, 1995 – RAI Radio 2 Planet Rock

Taking a brief step back to the 90s tonight. I was originally going to run this the other week, but got sidetracked and it wound up not getting posted.

Entire websites have been devoted to the music of Radiohead and all the comings and goings of each of the band members. Doubtless, everyone who is a Radiohead fan is also an avid follower of the current side-project Atoms For Peace. So there is really nothing new to offer in the way of insights. Suffice to say, Radiohead have been a major influence in music and we’re all fortunate it’s continuing with no sign of slowing down.

But Radiohead early-on (it’s hard to imagine they’ve been together over 20 years) is always an interesting adventure to listen to. This particular concert was their first in Italy to kick off a tour promoting The Bends in May of 1995. Fortunately, RAI Radio 2 was on hand to record it, and that was fortunate because it’s a great concert.