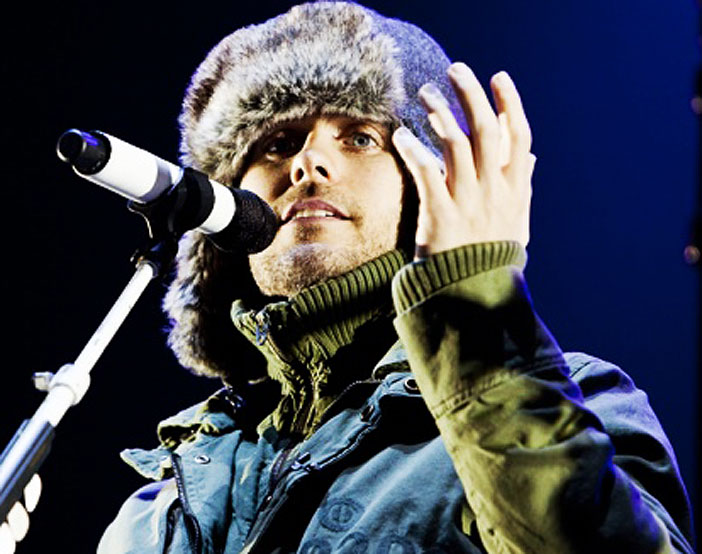 Jared Leto of 30 Seconds To Mars - A wondrous hybrid of emo, screamo and Space.

Jared Leto of 30 Seconds To Mars – A wondrous hybrid of Emo, Screamo and Space.

Over to The Netherlands tonight for a live session by 30 Seconds To Mars, from the 3FM program That’s Live! from 2010.

A band with a bunch of firsts – including the Guinness Book Of Records for Longest Concert Tour By A Rock Band, playing over 309 shows in two years, between 2009 and 2011. They also had the distinction of being the first Rock Band with a single in Outer Space, with the worldwide debut of Up In The Air being aired aboard The International Space Station in March of this year.

A band that’s also been hard to pin-down as to genres, 30 Seconds To Mars runs the gamut from Spacerock to Nu Metal, post-Grunge, Alternative Metal, neo-prog and a host of others.

But all those things point up to the fact they are a popular group and well regarded by audiences and critics alike.

And since they’ve been gigging quite a lot this year, I managed to find this Radio session in the vault and decided to give it a spin in your direction.

It’s a safe assumption you can turn this up. It’s almost Friday anyway . . . . sort of.