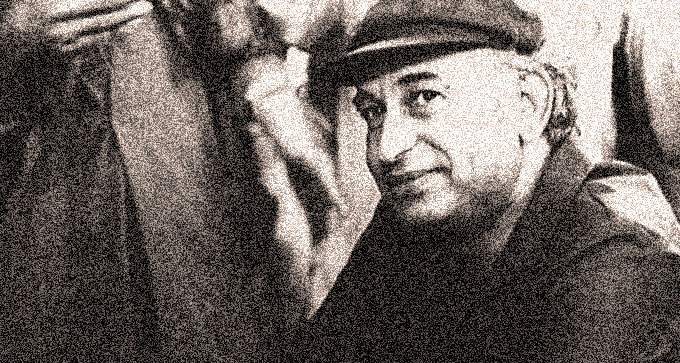 In the end, betrayal.

In the end, betrayal.

On this day in 1973, former President (1971-1973) and now Prime Minister Zulfikar Ali Bhutto came to Washington, primarily to muster economic/military aid, but also to present his case to the American people that Pakistan was coming around. Having lost a recent war with India over the region formerly known as East Pakistan, but to emerge as Bangladesh, Pakistan was in the midst of trying to reorganize itself. A new constitution had been adopted and much of Pakistan’s Industries became nationalized under the Bhutto regime. But the region was still fraught with problems.

The end result was an overthrow and coup by a presumed-trusted aide, Army chief Zia-al- Haq with Bhutto put on trial, sentenced and hanged shortly after, much to the shock and disgust of the rest of the world. But that was in 1979. And later, Ali Bhutto’s daughter Benazir would rule after the death of Gen. Zia in a plane crash. Benazir would also run afoul of the military (as well as corruption charges) and would be the victim of an assassination.

No simple tale, the story of Pakistan.

In 1973 there was a degree of optimism, and Zulfikar Ali Bhutto was a popular leader and statesman in the process of mending fences and seeking support.