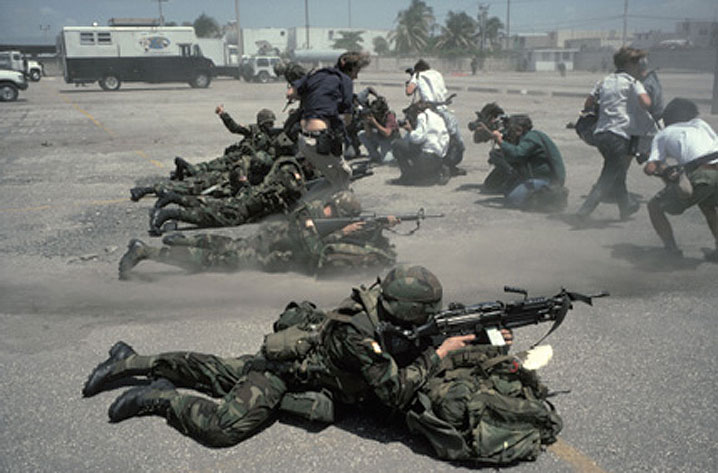 For September 20, 1994 the news was about U.S. troops landing in Haiti and the removal of one government, headed up by Military strongman Raoul Cédras and reinstating another government, that of Jean-Bertrand Aristide. Aristide, an elected President was overthrown in 1991, less than a year after taking office, and fled into exile until September 19, 1994 when pressure and the threat of military intervention from the U.S. forced Cédras to relinquish power and Aristide to return. Aristide however, was not pleased with the negotiation terms presented to Cédras by the Clinton White House, and refused to acknowledge the U.S. when he addressed the people of Haiti on his return.

Despite assurances there would be no U.S. invasion of Haiti, a symbolic one happened anyway and it was the source of much news and spin on Capitol Hill on this day in 1994.

But there was other news happening – most notably, the situation in Bosnia was spinning out of control with reports of fighting between Christian and Muslim forces. Also on this day was news about the proposed Clinton Health Plan and the stiff opposition being mounted by Republicans and the Insurance industry, hoping to kill any semblance of affordable Health Care for America.

All that, and so much more via this segment of NPR’s All Things Considered for September 20,1994.

A strangely familiar day, with names and faces changed, but situations eerily similar.