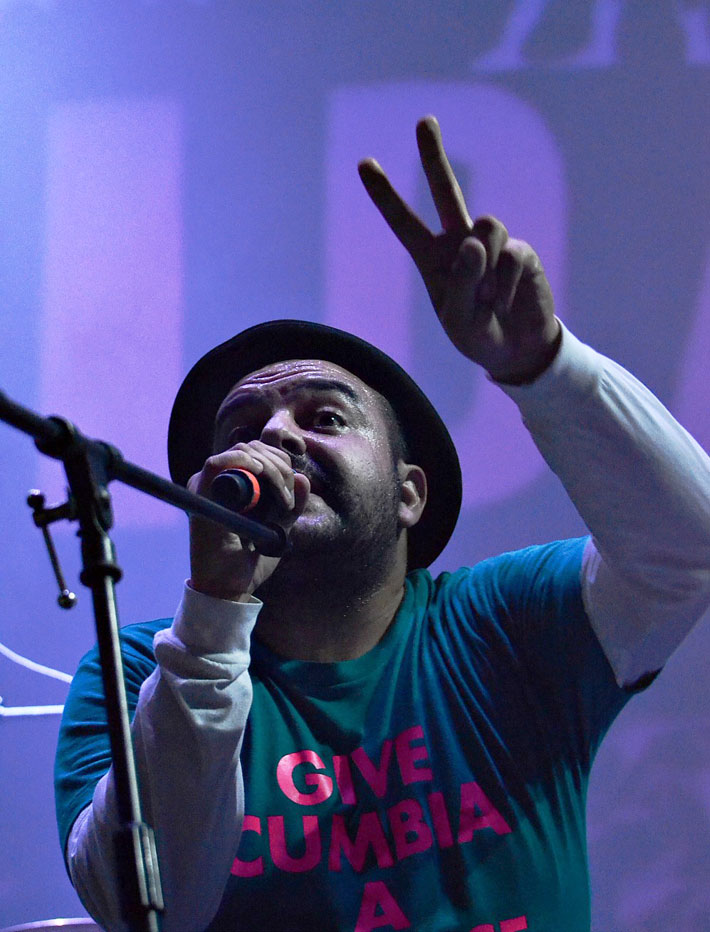 Camilo Lara of IMS - Alt/Techno with a message from Mexico City.

Camilo Lara of IMS – Alt/Techno with a message from Mexico City.

Over to Mexico City tonight for a concert by Instituto Mexicano del Sonido (Mexican Institute of Sound), recorded on August 28th of this year.

Around since 2001, IMS is the brainchild of Camilo Lara who refers to himself as a “One Man Music Machine”. A mixture of electronica, beats, synthesizers, Alternative Rock and political statement, IMS have embarked on their first tour of Europe, playing in Oslo, Berlin, Copenhagen, Paris and Biarritz. And as Lara so eloquently nails it; “IMS is a good example of how borders exist only in maps”. Aside from the musical labels, IMS is also a union of Mexico’s diverse culture in music and it’s evolution of cosmopolitan culture in what is becoming a truly international city.

It will be interesting to hear the response of audiences in Europe and I am hoping one of the broadcast outlets in any of those countries run one of IMS’s concerts during this tour.

But tonight it’s a concert on home turf and another example of just how wide the spectrum of Rock Music has become. IMS is only a sampling of what else is going on with our neighbors to the South. They promise to be the tip of the iceberg.

Further evidence music is everywhere and, as Camilo Lara puts it; borders exist only on maps.