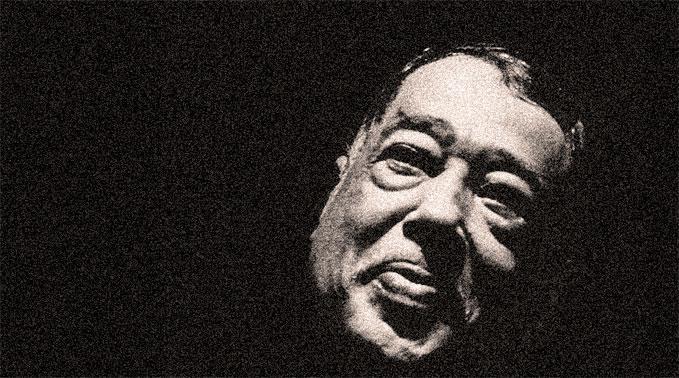 The Suites were milestones.

Duke Ellington – Live At The Ravinia Festival 1957 – Past Daily Downbeat

The Suites were milestones.

The legendary Duke Ellington this weekend. The Radio premier of his Such Sweet Thunder, Suite on characters from Shakespeare as performed during the Ravinia Festival on July 1, 1957.

The Suites of Duke Ellington were milestones – they took Jazz to a whole new level, further expanding on the idiom, taking it to that place where Jazz and Classical rubbed elbows and became best friends. Considering how revolutionary Jazz had become during this period, it was the next logical step and it took someone with the imagination and foresight to bring all those elements together. Duke Ellington was the one.

Unfortunately, this premier isn’t complete. Most likely, a complete recording of this was made at the time, but this was network radio. CBS Radio had time constraints, and there was only 30 minutes available to make the case. So the frustration, knowing there was a ways more to go, and the CBS announcer breaking in and closing the broadcast, is palpable.

But this is history. And as I always say – sometimes  history isn’t available under the best possible conditions. But this is a historic performance, and if you haven’t heard it before, or are only now becoming aware of Duke Ellington, here is good place to check it out.

And the weekend rolls on.