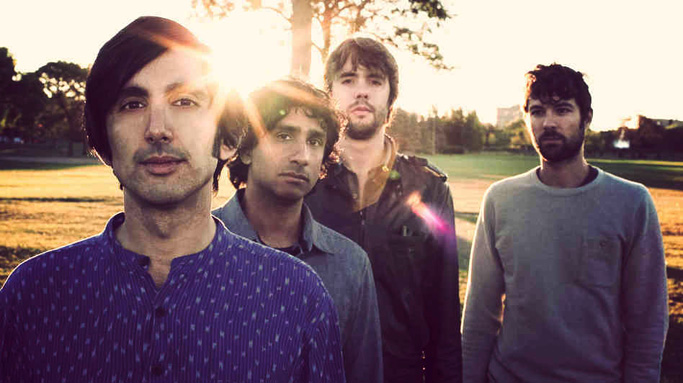 Elephant Stone – In Session At The Great Wide Open 2013 – Nights At The Roundtable: Rock Without Borders Edition

Click on the link here for Audio Player – Elephant Stone in session at Into The Great Wide Open 2013 – Sept, 2013 – VPRO

Over to The Netherlands tonight for a session performed by Canadian Psych/Alternative band Elephant Stone during the Great Wide Open Festival of two weeks ago.

Together a little over five years, Elephant Stone have blended a combination of traditional Indian Music and instruments with  Alternative Rock, mixed with some Psychedelia and have come out with an engaging hybrid that has proven quite successful for the band.

Currently touring, with stops all over Europe, before landing in the U.S. for a number of dates this Fall (including several dates on the West Coast in November, and a gig in Los Angeles at The Bootleg Theater on November 16th – hint, hint), Elephant Stone have gotten a growing and diverse audience  while gaining much attention from bloggers and traditional press.

So tonight, as a way of introduction (if you aren’t familiar) and a reminder (if you are), here is an acoustic session Elephant Stone from The Great Wide Open Festival.

Further evidence there’s a lot going on in the world that makes perfect sense.