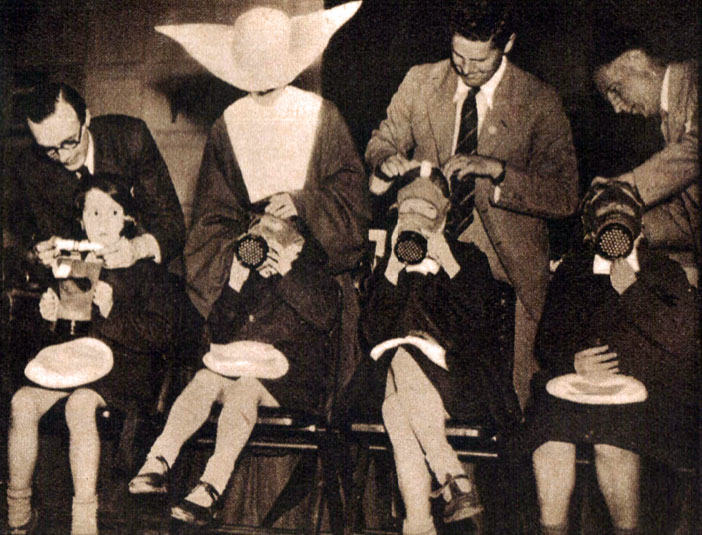 Because Of A Quarrel In A Faraway Country, Between People Of Whom We Know Nothing – September 27, 1938

News for this September 27th in 1938 was grim. The crisis in Munich was rapidly coming to a boil and it seemed at the time inevitable that war would break out.

British Prime Minister Chamberlain, exhausted from the rigors of Shuttle Diplomacy, was about to present his case to Parliament, but decided to address the nation (and the world via shortwave) on the situation as it stood before Parliament convened.

Prime Minister Chamberlain: “How horrible, fantastic, incredible it is that we should be digging trenches and trying on gas-masks here because of a quarrel in a far-away country between people of whom we know nothing. It seems still more impossible that a quarrel which has already been settled in principle should be the subject of war.

I can well understand the reasons why the Czech Government have felt unable to accept the terms which have been put before them in the German memorandum. Yet I believe after my talks with Herr Hitler that, if only time were allowed, it ought to be possible for the arrangements for transferring the territory that the Czech Government has agreed to give to Germany to be settled by agreement under conditions which would assure fair treatment to the population concerned.

You know already that I have done all that one man can do to compose this quarrel. After my visits to Germany I have realised vividly how Herr Hitler feels that he must champion other Germans, and his indignation that grievances have not been met before this. He told me privately, and last night he repeated publicly, that after this Sudeten German question is settled, that is the end of Germany’s territorial claims in Europe.”

Eventually an agreement would be reached, and the Czech people were, to put it mildly, thrown under the bus as a provision to prevent war. But on this day in 1938 there was no such outcome, and only speculation that war was going to happen. And the process of calling up reserves, trying on gasmasks and stocking up supplies for yet another war was well underway.

And that’s what this day looked and sounded like in 1938 as relayed to the U.S. by the BBC – and the tension dragged on.