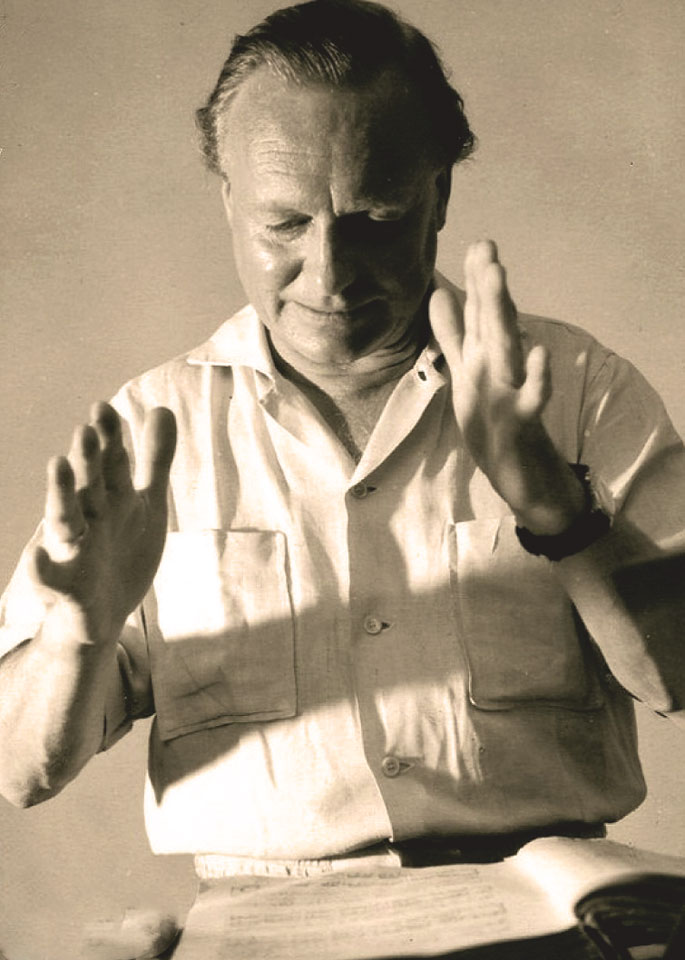 One of the cornerstones of French musical life in the 1950s.

One of the cornerstones of French musical life in the 1950s.

Something familiar tonight, but rare nonetheless. A performance recorded during the 1951 Besançon Festival featuring l’Orchestre de la Société des Concerts du Conservatoire, conducted by the legendary André Cluytens and featuring another noted, but almost forgotten figure, pianist Henriette Faure in a performance of the Ravel Piano Concert for the Left Hand.

What is significant about this performance is Faure was an early champion of the music of Maurice Ravel, and one of the first to perform his works in public. Most of her active recording was done in the 1930s to 1950s, but even then her output wasn’t huge. Her recordings of Ravel’s music are considered virtually definitive because of her close association with the composer. And apparently, those original lp’s are going for ridiculous sums of money in collectors circles.

This performance comes from the same concert as the Schmitt I posted a few weeks ago. So we’re inching closer to a complete concert at some point.

In any event, I don’t believe this performance has been issued in any form, and what became of the masters of this concert is anyone’s guess.

Enjoy and excuse the odd tick, pop and garble. At 62, this recording is doing better than a lot of people.