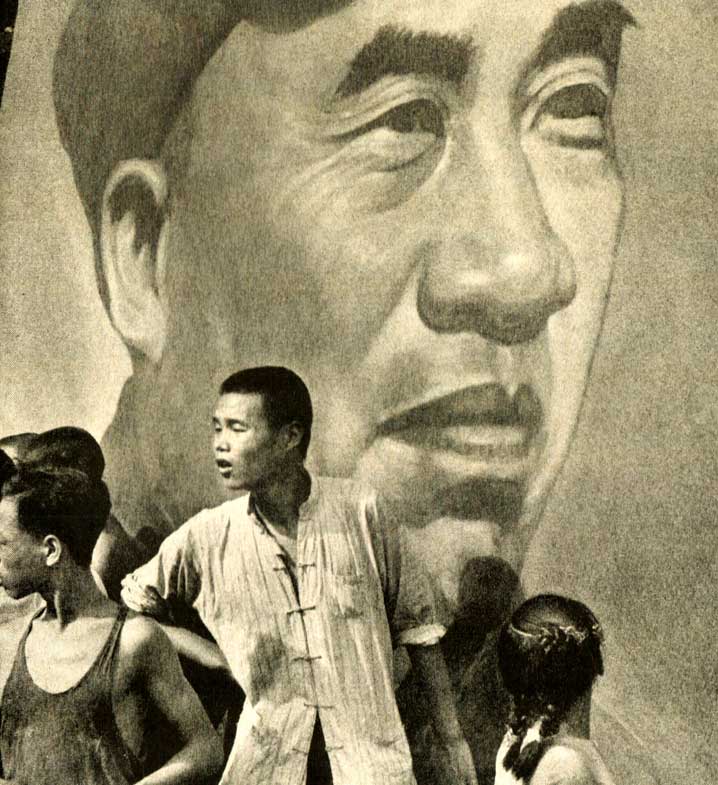 Who was this Mao and what did he want?

Excursions Into Darkness – Recognition Of Red China And A Steel Strike – October 3, 1949

Who was this Mao and what did he want?

A nervous October day in 1949. News of strikes dragging on, news of a creeping paranoia over Communists, news of Capitol Hill gamesmanship.

Starting off was news that Associate Justice William O. Douglas was recovering from a fall while riding his horse on a steep trail near his home. Thirteen broken ribs and a punctured lung, but still he was expected back in Washington for the opening of Supreme Court later on in the day. The Senate Judiciary Committee was engaged in hearings over the appointment of Senator Sherman Minton, as replacement for the late Associate Justice Rutledge. His appointment was assured, but he still had to answer questions regarding his former role as a New-Dealer, much as hearings over the reappointment of Federal Power Commissioner Leland Olds. Seems the past is always a popular subject on Capitol Hill.

The big worry was recognition of the newly-formed People’s Republic of China by neighbor Russia, which would mean Nationalist China would be expelled from the United Nations and the Communists would have one more voting member. There was also some speculation, bordering on fear that recent changes and upheavals in the French government could see that country falling in line with Moscow. And there was the question of Yugoslavia and the Balkan region coming under Communist influence. All those new revelations could possibly lead to a Communist majority voting block at the UN – and that was cause for a few sleepless nights around Washington.

And there was always the matter of Germany to consider. Seems the move to create an Eastern Germany, under direct influence of Moscow was imminent. The matter of Berlin and the Peace Ceremony staged by Moscow to celebrate the alignment of eastern Germany had an underwhelming reaction. Seems Moscow decided to open the border between eastern and western zones, allowing West Berliners to come and see what was going on.  The result was a mass exodus by East Berliners to West Berlin in search of food and relocation.

All this lead up to calls for some sort of peace settlement between Russia and the West, or one of the biggest arms races in history was about to take place.

And The Cold War raged on.

Meanwhile, the labor situation in the U.S. wasn’t looking hopeful. The Steel Strike was continuing. Labor leader John L. Lewis ordered his hard coal miners back to work, but it didn’t do any good, since it left some 400,000 soft coal miners on strike, and without soft coal, the steel mills couldn’t operate. Catch 22. The Auto industry was siding with the Steel Industry and the railroads were laying off workers. And Dock workers were joining in. A mess was rapidly taking shape.

So the air on this October 3rd in 1949 was filled with politics – both domestic and foreign. And not a lot of it was not very good.

And that’s how this day rolled as presented by ABC Radio’s Baukhage Talking with commentator H.R. Baukhage for October 3, 1949