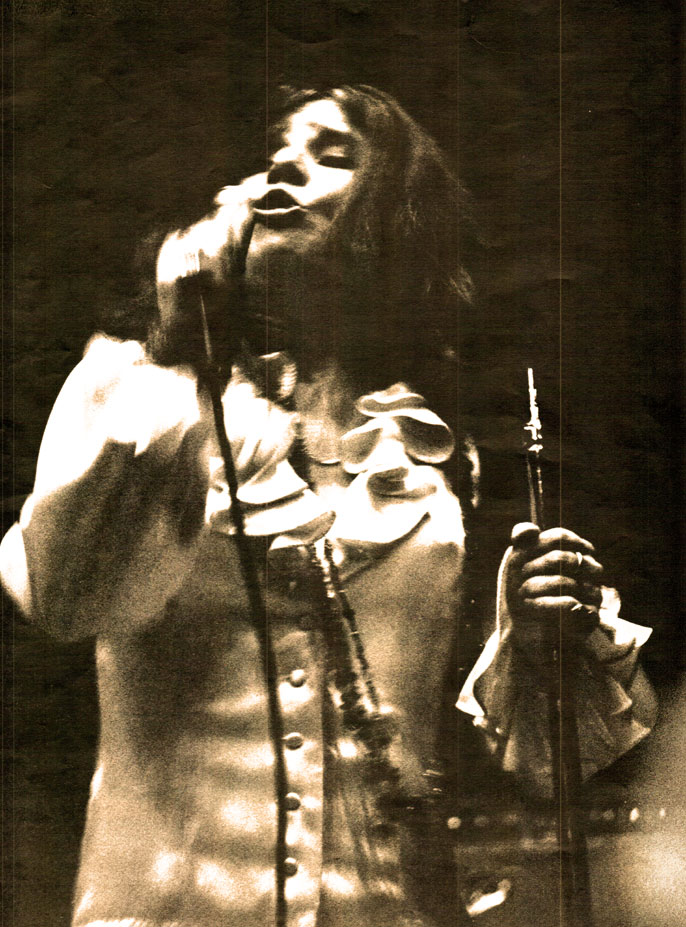 Janis Joplin – Live At The Concertgebouw – 1969 – Nights At The Roundtable: Lest We Forget

Click on the link here for Audio Player – Janis Joplin and The Kozmic Blues Band – Live at The Concertgebouw – April 11, 1969 – VPRO

Hard, if not impossible to imagine it’s been 43 years since Janis Joplin left the scene. October 4th, 1970, Janis Joplin was found dead in her room at the Landmark Hotel in Hollywood of an overdose. The news came as a shock, and the world was robbed of one more iconic artist, gone way-way too soon.

So as a way of tribute, here is a concert she did during her tumultuous European tour of 1969 with her new group The Kozmic Blues Band, performing live at The Concertgebouw in Amsterdam on April 11, 1969 and recorded by the Netherlands radio outlet VPRO.

Much of the European concert tour was filmed and has been shown at various times. It’s not known if film of this particular concert exists, but it was broadcast complete on radio.

Whatever faults the press had with the band (and there were a lot at the time), the universal opinion was the overwhelming voice of Janis Joplin and the pure artistry that emanated from her.

No one has come along to eclipse that. Perhaps no one ever will.

Janis Joplin was clearly one of a kind.