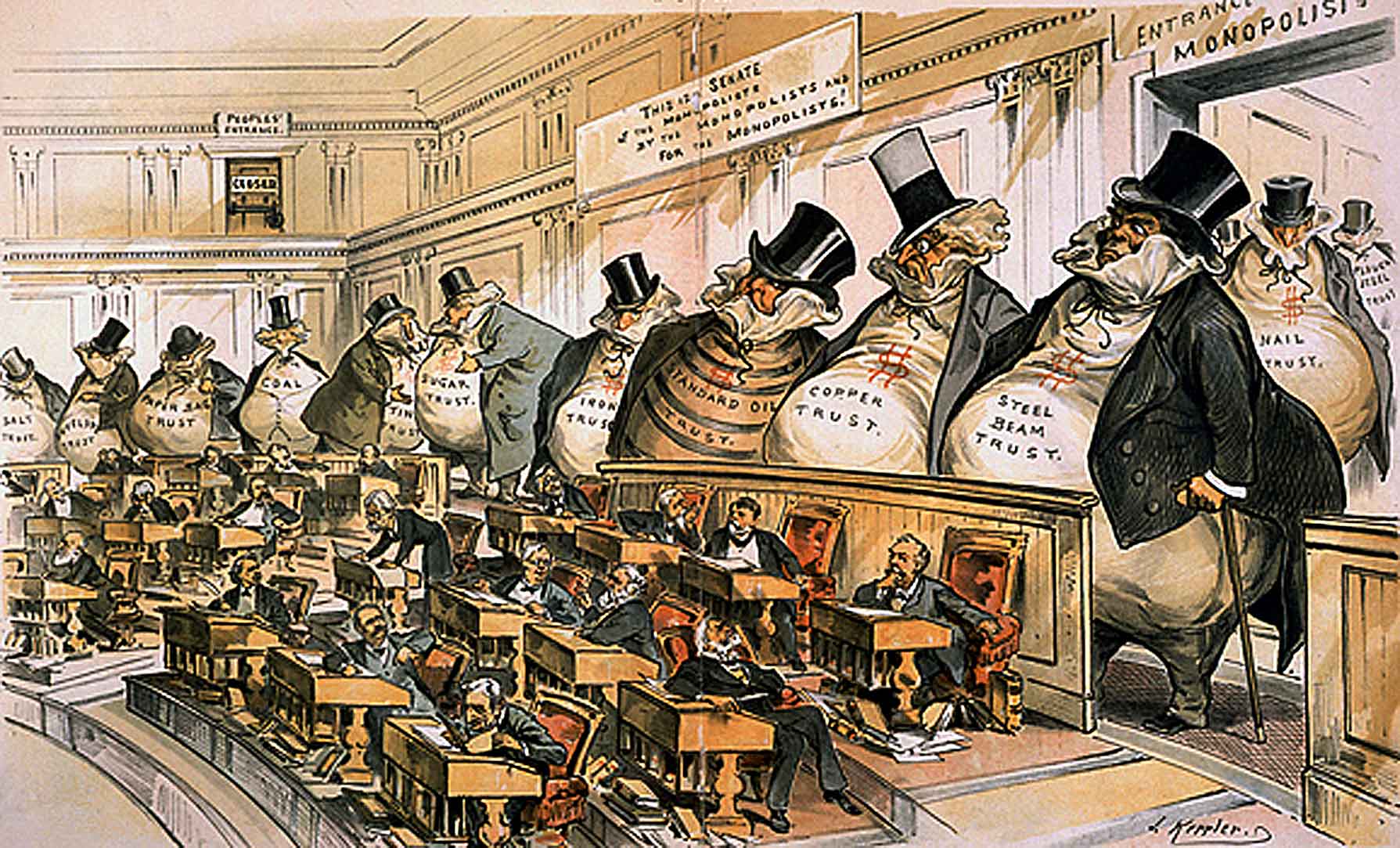 Is Big-Business Taking Over Government? – 1955 – Past Daily Reference Room

Funny how it’s always been speculated on and feared over, but it happens anyway. In 1955, the question of the day was whether or not the Government was favoring Big Business – how the interests of major corporations were being considered above those of the American people.  How the question was framed, in this discussion on The American Forum of The Air, with Senators James H. Duff (R-Penn.) and Senator Richard Neuberger (D-Oregon), was whether or not corporate interests should assume a larger role in Government than before. The idea that Government was too big in 1955 to adequately undertake certain key projects and that it was good,  in fact preferable, for Business to step in, and more should be privatized, not less.

Charges had been leveled in 1955 that Government was favoring Big Business in ways that were seen as a threat to the average American – that Privatization would lead to an imbalance in the way some services would be performed. That Big Business would get the cream, as it were, while Government would get the dregs. The charges were routinely denied by Capitol Hill, but the fact of the matter was; Corporate interests were taking a bigger role in Government than in the past.

The Eisenhower Administration had been responsible for putting through major tax reductions, and all of it was geared toward Big Business and those getting dividends from corporate profits. It was pointed out that some 85% of the American people got no such tax breaks but were shouldering the majority of tax burden.

In 1955 it was a concern and the subject of a lively debate between Duff and Neuberger. But the situation hasn’t changed. Or more importantly, the situation has been around for a good long time, and if anything it’s become deeper and deeper rooted into our economic framework.

And that surprises you?

Judging by the sound of this 1955 discussion, the writing was on the wall for that almost sixty years ago. I guess it really does give credence to the line “all things come to those who wait”. Or maybe it’s just “same as it ever was – same as it ever was”.

Here is that episode of The American Forum for August 7, 1955.