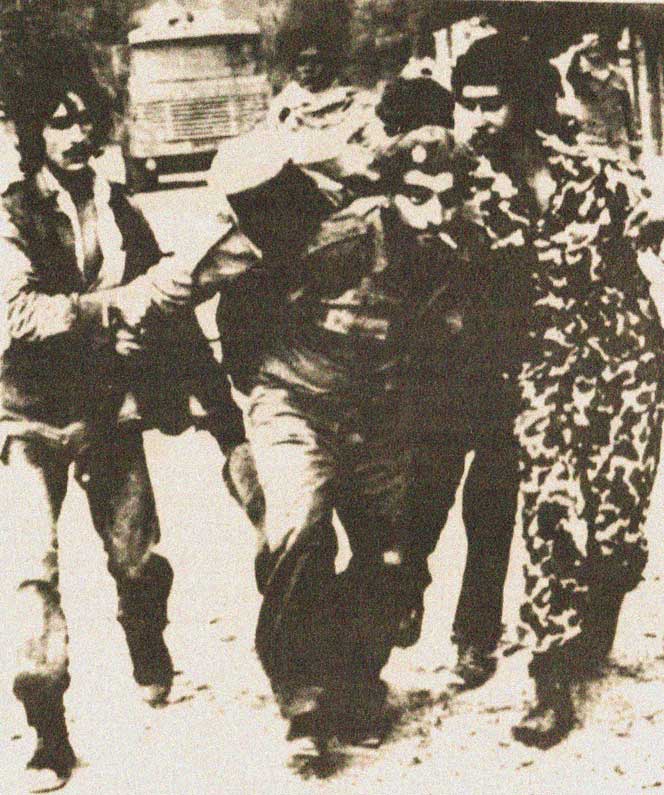 Growing body count in the Iran-Iraq War. Little did we realize at the time it would haunt us.

Growing body count in the Iran-Iraq War. Little did we realize at the time it would haunt us.

With four weeks to the day until the 1980 Presidential Election would be over, all eyes were on the ramped up rhetoric and endless campaigning between candidates Governor Ronald Reagan, President Carter and third-party candidate John Anderson. According to the polls, it was looking bad for Carter, with even a historically Democratic-leaning state like California going a solid 12 point lead in favor of Reagan.

But it was still October, and four weeks could seem like an eternity, especially in politics. And there was always the fabled October Surprise to consider, whatever that would be.

Strangely, the Iran-Iraq War may have had something to do with it, at least as far as a “surprise” was concerned. But that wouldn’t be revealed for several years, and a second term later for Reagan, in the form of Iran-Contra. But for the time, it was an endless, protracted ground war with mounting casualties on both sides. It was also disclosed that Jordan’s King Hussein was pledging support for the Iraqis. The first Arab nation to officially do so.

In other news – all the passengers rescued from the grounded and burning Cruise ship Prinsendam were arriving in Seattle. Filled with tales of panicked crew members hogging lifeboats and ignoring passengers.  As the ship continued to burn off the Alaskan coast, passengers were reminded of the Cruise Ship‘s brochures promising “an adventure you’ll never forget”.

And researchers at Johns Hopkins Hospital were making big strides in treating certain types of Cancer with advances giving a big increase in chances for survival.

All that, and much-much more for this October 7th in 1980 as reported on The CBS World News Roundup.