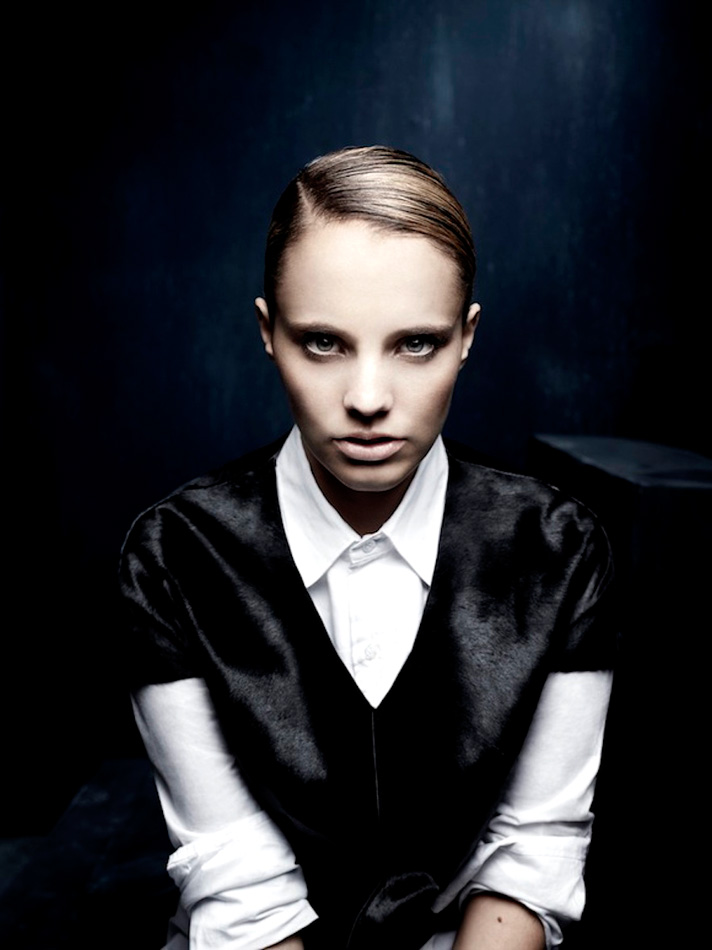 Anna Calvi – Live At The Music Hall Of Williamsburg – 2011 – Nights At The Roundtable: Mini-Concert Edition

Special thanks tonight to our Bristol UK correspondent Mig Schillace for mentioning Anna Calvi to me. I had only heard about her but not actually heard her in concert. And, as Mig always does, he blew me away. Anna Calvi is relatively new on the scene, having really been around since 2011 (she’s been active since 2005). But in that short time has captured hearts and accolades just about everywhere she’s been. A Musician whose intensity of playing is only matched by her intensity of songs, she is an extraordinary artist. Going somewhat against type (she has a decided Model’s presence – so much so, that Paris Fashionistas are crazy about her), Anna Calvi is an accomplished guitarist, and coupled with a style of singing that fairly aches with passion, she lends a mesmerizing air to the concert hall. Her success is no fluke and her talent is no accident.

She’s currently on tour, coinciding with the release of her new album One Breath, and will be in the States for three dates (so far). One in Brooklyn (at the Music Hall of Williamsburg), one at UCLA‘s Royce Hall on November 11 and one at The Independent in San Francisco. And then it’s back to Europe for a string of dates in France until the end of December. If you happen to be in the vicinity of the three U.S. dates, make it a priority to see her. I suspect it will be memorable.

Tonight it’s a gig from 2011. A short concert from The Music Hall of Williamsburg in New York, recorded on December 13, 2011.