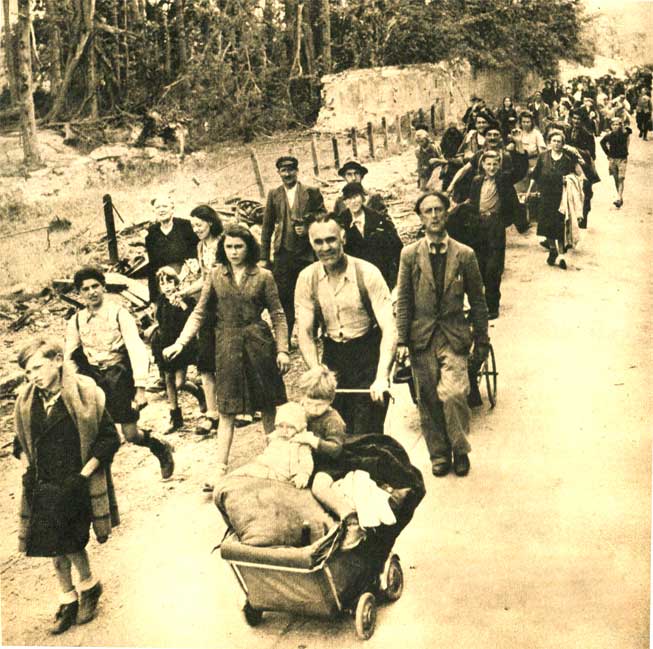 Amid the squabbles, the ones stuck in the middle.

Amid the squabbles, the ones stuck in the middle.

The frigid parts of the Cold War were becoming more apparent on this 10th of October in 1948. Reports of Supreme Court Justice Fred Vinson being recalled, practically mid-air en route to Moscow for Peace talks, whipped up more controversy between East and West. Vinson, appointed as a special Peace envoy to try an iron out differences between Washington and Moscow, had to abort plans for talks, and this was seen as a serious upset in the already precarious balance of negotiations with the Soviets.

The repercussions were swift. With the Paris Peace Talks in a state of turmoil as the result, and more notably tossing further complications in the Berlin Blockade negotiations, this was seen a major blow in our Foreign Policy and questions arose as to whether President Truman and Secretary of State Marshall were on the same page. Capitol Hill assured everyone they were, and the abrupt cancellation of the Peace mission was the result of the report Marshall received from the UN and that Truman was in complete support of Three Power diplomacy in the area of European reconstruction. The Vinson mission was viewed by the other Allies as something of a usurp of power and that the other members of the Paris Peace Talks weren’t notified of the Washington’s intentions. The Russians claimed it was the State Department‘s attempt at sabotaging peace talks with Russia and that Truman and Marshall weren’t on the same page. Capitol Hill made political hay out of the situation, saying it was the biggest diplomatic scandal to hit in over two years, and the Republicans claimed it was Truman’s lack of diplomatic skill that created the problem. And on and on . . . .

Meanwhile, the situation remained the same and the ones suffering the ice flows of Cold War were the people, the refugees and the displaced; the ones struggling to recover. Ain’t it always that way?

And delicate moves were also on the plate for the Presidential campaign. Since it was an election year, a lot could be made of the latest diplomatic flap. But Dewey decided against it, much to the urging of his campaign team. Dewey felt the whole Cold War atmosphere was so tense and delicate that any political benefits to be gotten out of capitalizing on the situation would be moot and counter-productive. It was a sentiment not necessarily shared by other Republicans, most notably Senator Arthur Vandenberg, formerly silent on the issue, lashed out at the Truman Administration for creating an embarrassing situation for the U.S.  Vandenberg was speaking at a meeting of the Washington think tank Freedom House, from which he received an award.

And October 10th also signaled the home stretch for the 1948 Presidential campaign as candidates took to the road the begin the final criss-cross of the country in search of votes.

But it was also World Series season. And on this day it was heading into Game 6 with the Boston Braves defeating the Cleveland Indians 11-5 the previous game, upsetting all predictions of an Indians sweep.