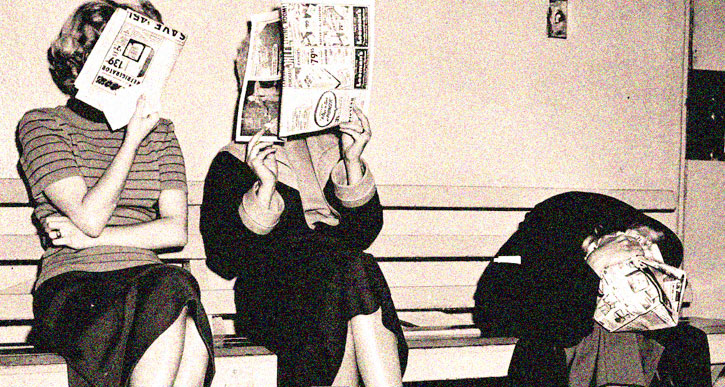 No longer "a boys game".

No longer “a boys game”.

As the Women’s Movement gained momentum in the 1970s, so too did the sudden interest in the uptick of crimes committed by Women in the 70s.

Whether this new-found equality signaled a wave of crime, or merely brought attention to the fact that Women were capable of being criminals all along, was the subject of this documentary, produced by NBC Radio in 1974, as part of their Second Sunday series.

This episode is entitled Modern Women – Modern Crime, and it spends time in Women’s prisons and detention centers, asking the proverbial “why did you do it?” type questions, trying to connect the dots to conclude that Women can be just as nasty as Men when it comes to living the thug life.

Granted, in the 39 years since this program first aired, a lot has changed in the perception of gender-based criminal elements – a Woman committing a crime no longer grabs the headlines it once did. And executions are no longer the exclusive domain of Men.

What is interesting is the slice of jail life depicted in this documentary, the issues and the stories as told by the inmates.

Same crime as ever, same issues as ever.

Here is that documentary Modern Women – Modern Crime as broadcast on November 11, 1974 over the NBC Radio Network.