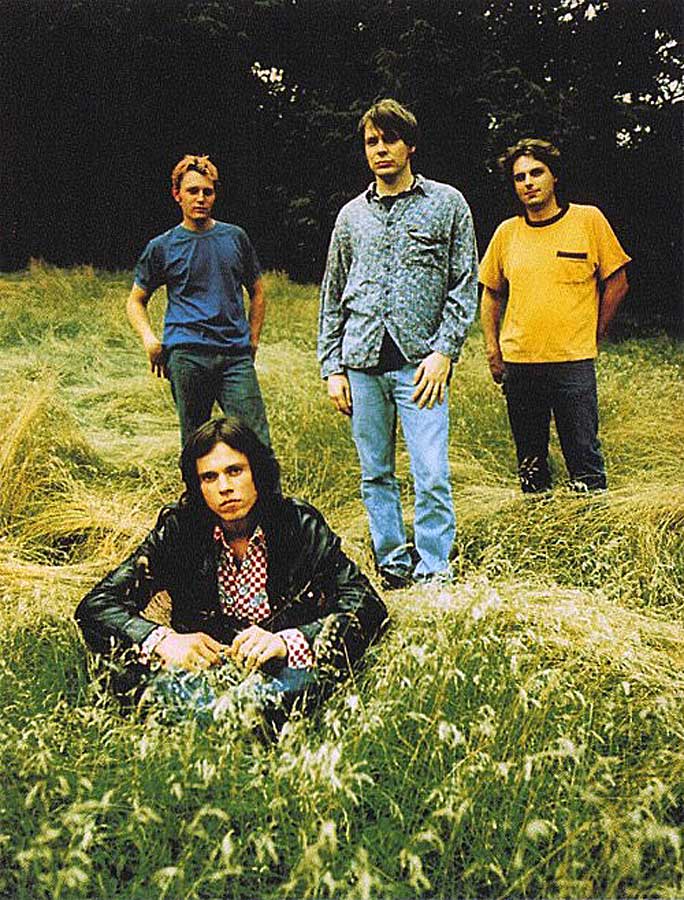 It helps – it really does: Become a Patron!

Described in the European press as “one of Americas best kept secrets”, Smashing Orange were a band from Wilmington Delaware, who landed in the UK and became part of the wave of Shoegaze bands of the early 1990s. Sadly, the secret was maintained, as audiences back home were less than accepting, or probably not aware of what was in their midst. Formed in 1990, they released their first album in 1991, but it was in the UK only, with no American label deal.

The band was formed by siblings Rob and Sara Montejo, with Rick Hodgson, Steve Wagner, and Tim Supplee, all of whom worked together in a local record store, and had left or dropped out of college prior to forming the band. When Lush played at The Marquee Club in London, Smashing Orange provided the support, unfortunately Sara was unable to enter the UK as she was under 16, so the band played their European tour as a four-piece. The band was signed by UK label Native Records, their first release being the single “My Deranged Heart” in April 1991, gaining comparisons with the likes of My Bloody Valentine and Galaxie 500. Their sound has also been described as sounding “like Ride would if they had any balls about them”. This was followed a month later by a self-titled mini-album, and in November of that year by second single “Not Very Much To See”.

While they were in the UK, Native arranged for them to record a session for the John Peel BBC radio show, which was broadcast in February 1992. Native released the mini albumAbove Ming Gardens in 1992.

Their first full-length album, The Glass Bead Game, was released in 1992, with third album, 1994’s No Return in the End seeing a shift in style towards a harder garage rock sound, and also a move to MCA Records. Sara Montejo had left earlier and Supplee had been replaced on drums by Stroller White, but a disappointing response to the album saw the band split soon after its release.

An anthology of their early work, 1991 was issued by Elephant Stone Records in 2005.

Tonight’s session is the one done for the John Peel program at the BBC in 1992. You get a chance to hear what all the initial excitement was about. And, if you’re like me, you’re probably wondering why they went mostly unnoticed.

Why some bands make it and some don’t is a mystery that never gets solved. Further evidence it’s a huge crap game.