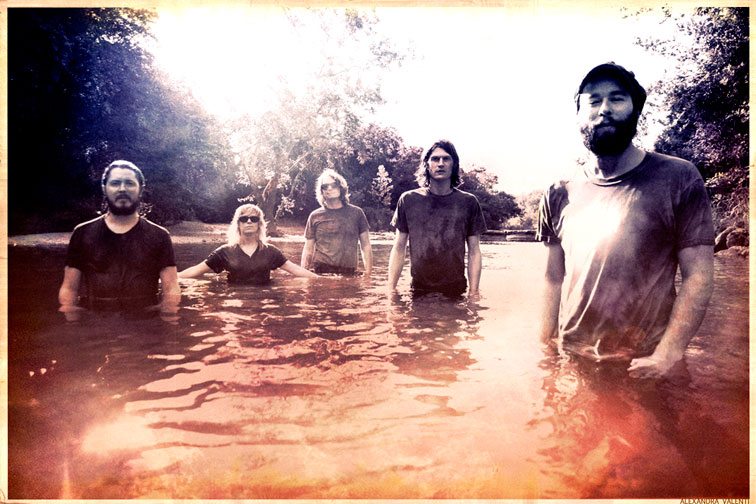 Bringing a special kind of mind-melt to Marseille.

The Black Angels – Live At Marsatac 2013 – Nights At The Roundtable: Festival Edition

Bringing a special flavor of mind-melt to Marseille.

A blast of Austin Texas Psychedelia in Marseille France from The Black Angels, in concert at Marsatac 2013, recorded on September 29th.

It’s been an interesting revival of Psychedelia of late. Or maybe it’s been around all this time and only now it’s making the rounds. Whatever the case, The Black Angels, who have been together since 2004,  are one of the trippier exports to come out of Texas since . . . 13th Floor Elevators?

The French audience seems pretty blown away by them, and they bathe everything in a paisley glow for the better part of an hour.

They have four albums out, and were even briefly the backup band for Psych legend Roky Erickson in 2008. So they come with legit credentials.

But if you aren’t familiar with them, or missed them when they came to Austin City Limits earlier last week, here’s your chance to catch up on what you’ve been missing.