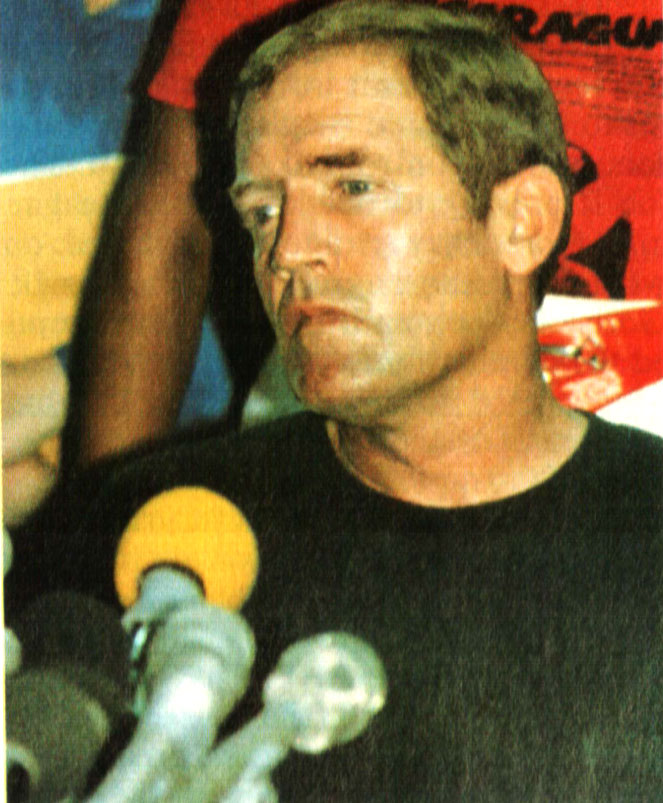 A day of diplomatic wrangling, spin and damage control, this October 17th in 1986.

Beginning with the White House sending former Attorney General Griffin Bell to Managua to sort out the rapidly entangling mess regarding clandestine arms shipments to the Nicaraguan Contras. The pilot of the shot down U.S. transport plane, started talking . . .a lot. And made claims he was only one of dozens of shipments flying into the region. Hasenfus’s plane was shot down by the Sandanistas and was the only survivor of a crew of 3. Hasenfus was scheduled to go on trial the following week, and if  found guilty could be sentenced upwards of 30 years in a Nicaraguan prison. Hasenfus promised more revelations forthcoming.

This led some on Capitol Hill to open enquiries over our involvement in that Central American country. Initial attempts, like Hasenfus’s plane, were shot down and passed off as Partisan mischief. The air around the White House was pungent with the scent of jangled nerves.

The Middle East was still making Page One news. An Israeli Jet was shot down over Lebanon with one crewman rescued by Israelis and another reported both dead and captured, depending on who you believed.

Soviet dissident David Goldfarb found himself waking up in America, glad to be freed but sad that he left his daughter and her family behind. U.S. industrialist Armand Hammer orchestrated the release via former Soviet Ambassador Anatoly Dobrynin who appealed to Gorbachev who okayed the release on humanitarian ground (Goldfarb was suffering from Heart Disease). It pays to have friends in high places.

Meanwhile, five Russian soldiers defected to the other side in Afghanistan and immediately called the U.S. Embassy asking for asylum.

Oh . . .and Capitol Hill failed to come to an agreement on raising the debt ceiling and Government services were to be shut down by the end of the day. Deja vu? Members of Congress began wearing “Free The 99th Congress” buttons. The sticking point was a threatened spending cut on a Jet trainer for the Airforce which was being built in Alphonse D’amato’s home state of New York, and the filibuster was bringing everything down.

The good news for this day came from Lausanne Switzerland where the Olympic Committee selected Barcelona, Spain and Albertville, France as the sites of the 1992 Summer and Winter Olympics.

All that, and way too much more, for this October 17, 1986 as presented by The CBS World News Roundup.