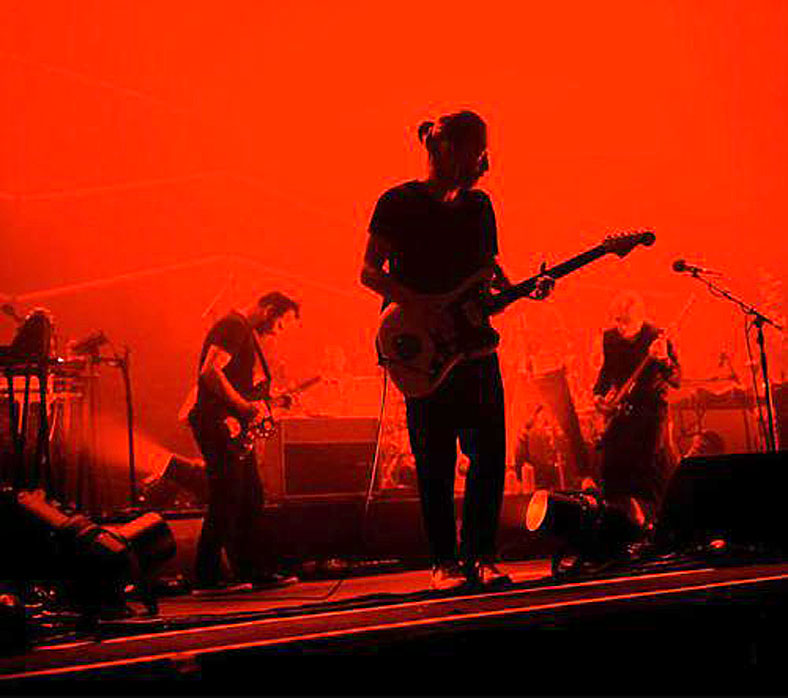 There was a time, a couple generations ago, when the concept of a Super-Group meant ego collisions, painfully long, navel-gazing solos and short-lived collaborations yielding less-than-satisfying results. Every one of them were doomed almost from the start, because the sheer level of self-importance and expectation made any meaningful intention fall completely off the charts in a very short period of time.

Not so with Atoms For Peace. The brainchild of Thom Yorke (of Radiohead) and Michael Peter Balzary (aka: Flea) from Red Hot Chili Peppers, along with Nigel Goodrich (Radiohead Producer), Joey Waronker (R.E.M.) and Mauro Refosco (Forro in the Dark), they have crafted a collaboration that is not only pioneering in its spirit, it is game-changing in its execution.

This is a band that, hopefully will not achieve mainstream status. I say that, because they have much bigger and better things to do than to simplify what they are doing in order to broaden their appeal. It is a band who will provide direction for a lot of other bands and musicians to follow in the future.

I caught their Dress Rehearsal performance before their tour started earlier this year. I walked away with the feeling I was watching the next logical step, the next phase in the evolution of music, the future progression. Yeah, I wanted to dance, but I wanted to listen more – but then, I’ve always liked bands that you listen to, rather than dance to anyway.

For those of you who caught them Wednesday at the Hollywood Bowl or Thursday in Santa Barbara, here’s a reminder of what was a memorable evening.

Enjoy, and don’t be left out next time.