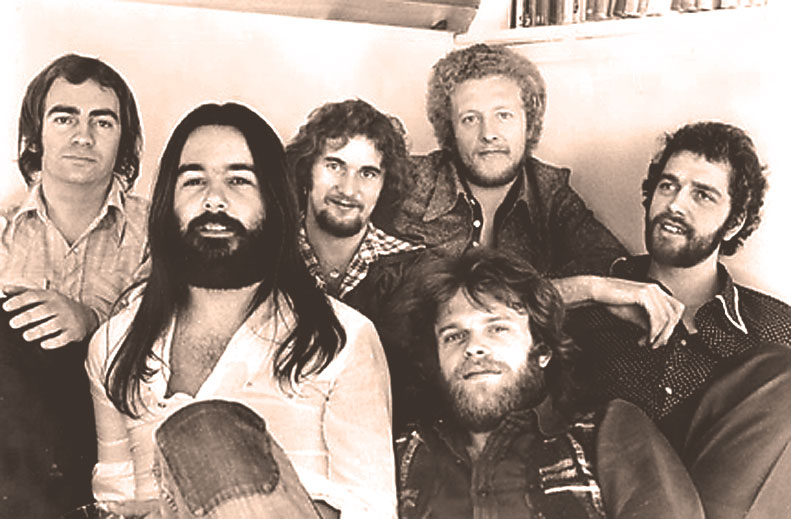 Managed to nail Funk and Soul with surprising ease. . . .for a bunch of White guys from Scotland.

Managed to nail Funk and Soul with surprising ease. . . .for a bunch of White guys from Scotland.

At the time, it didn’t occur to anyone that The Average White Band would be as hugely popular as one of the harbingers of the Disco movement of the early-mid 70s. Or, for that matter, how influential they would become with a whole generation of musicians, and how they have become one of the most sampled bands in music.

In 1973, when MCA in the UK released their first album Show Your Hand, as an import only (but re-issued in 1975 as Put It Where You Want It), they were an extraordinarily tight Funk and Soul unit who happened to be white and from Scotland. How the rest of the U.S. would react to them was a matter of getting their message out. 1973 and 1974 were spent on an intense tour all through the U.S. – I remember seeing them and interviewing the band twice during this time – once in 1973 at the Whiskey in Hollywood and again in 1974 at The Troubadour. The night they opened at the Whiskey it was clear to everyone the band were no fluke.

The result was, they were winning fans all across the board. When they first hit with Put It Where You Want It, a song originally written and recorded by The Crusaders, the band cemented an acceptance and firm standing in the R&B and Soul communities. And it was a sign of mutual admiration and respect that, when founding member of drummer Robbie McIntosh died in Los Angeles of an accidental overdose, while the band were on the West Coast leg of their 1974 U.S. tour, that Crusaders founding member and drummer Stix Hooper graciously volunteered and finished up the tour.

Tonight it’s one of the concerts from the pivotal period of The Average White Band. Breaking out and establishing a reputation and following in the UK, while getting ready to tackle the U.S. – it was recorded at the BBC’s Paris Theatre in London and October 13, 1973 and was broadcast as part of the In Concert series on BBC Radio 1.