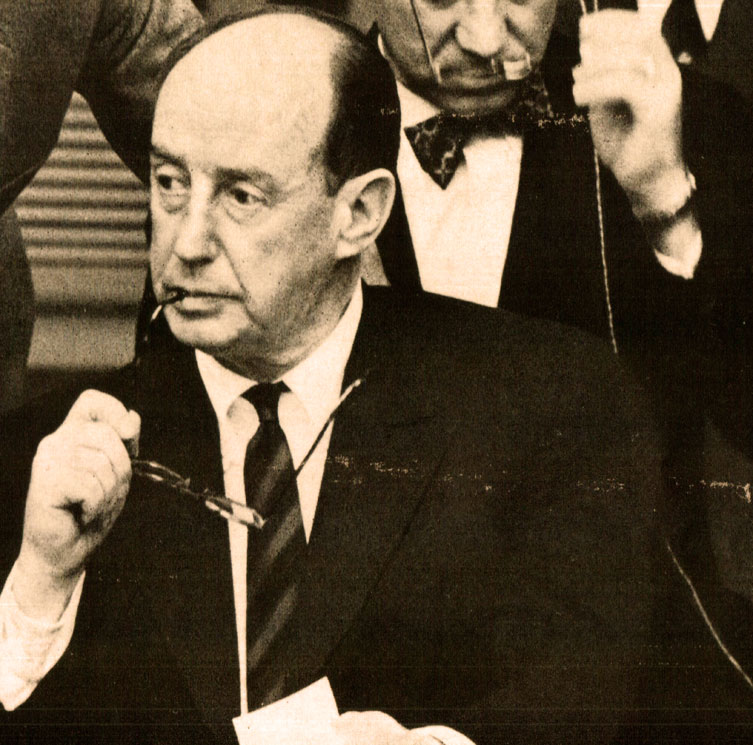 Since most historic references to Cuba and October refer to the events of October 1962, or The Cuban Missile Crisis of 51 years ago, listening to an address made by UN Amabassador Adlai Stevenson to the Inter-American Press Association on October 16, 1961, gives some idea of how the events of 1962 evolved from events in 1961, and earlier.

In 1961 America was in the midst of a huge popularity contest with The Soviet Union – the objective was to win the hearts and minds of the Latin American people. With Cuba having gone through a revolution, ousting dictator Fulgencio Batista in 1959, and our position in the Southern Hemisphere dubious at best, it was time to improve our damaged relationships with Latin American countries in general and attempt to prevent any further alignment with the Soviet Union. The big fear was, any toehold in the Western Hemisphere of Communist influence was surely a sign we would be up next. And our position wasn’t good, since we had been portrayed as opportunists and liars by our neighbors to the South – characterized by a sort of “you had me under the bleachers” attitude as the result of World War 2. And we also had a reputation of “siding with the wrong guy” in our dealings after the war with regimes bent on suppressing, rather than fostering democratic ideals.

So in 1961, shortly after the Kennedy Administration took office, steps were taken to mend those fences. First came the Alliance for Progress, a program of economic and social aid to Latin American countries, and then came the Punta del Este conference which established The Organization of American States and laid groundwork for urban and rural programs.

In October of 1961, United Nations Ambassador Adlai Stevenson gave an assessment of the programs and an outline of goals at a meeting of the Inter-American Press Association.

A year later,almost to the day,  it would be a different tune and a different set of concerns. But in 1961 it was full of optimism.