Festivals / Nights At The Roundtable / Past Daily / Uncategorized / World Stage 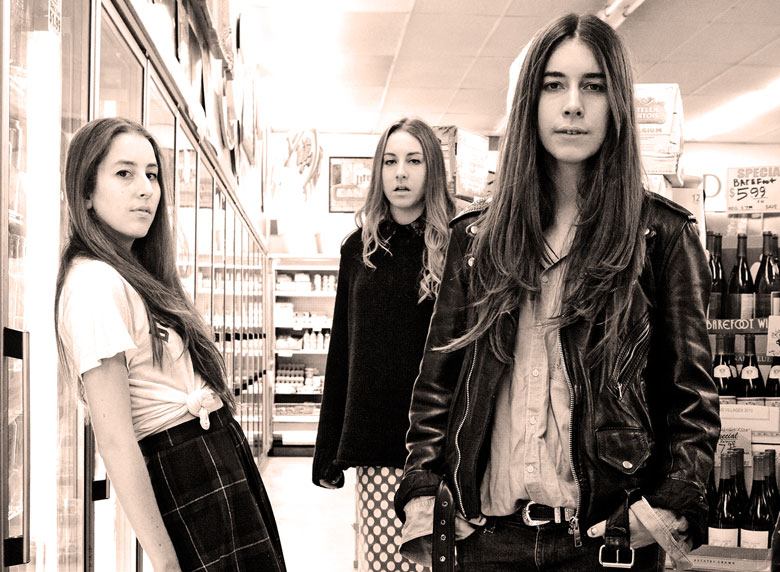 Local L.A. band wows Brits . . .or something like that.

Haim – Live At Glastonbury 2013 – Nights At The Roundtable – Festival Edition

Este, Danielle and Alana Haim haven’t been around all that long (in the musical as well as physical sense). But this year has been a good one for the Nu-Folk/Alt/Indie/90s-ish band from the San Fernando Valley. Haim have been proclaimed “Band to Watch” by the BBC’s Sound of 2013 poll, and “must see” at this years SXSW festival.

With a debut album just released this past September, they are continuing to make inroads and get out to audiences and finding a fan base along the way. The verdict is still out, but they are hitting the road in a big way to get the point across. Whether they keep the momentum  up is only a matter of time and the audience. So far the Press is on their side, so that counts.

One of the highlights this year so far has been their appearance at the 2013 Glastonbury Festival. And as was the case for all of the festival, it was faithfully captured by the venerable BBC6 Music. So if you missed it, or have been hearing about the band but haven’t actually heard Haim yet, now’s your chance.

And I am sure they would love a visit to their website and a download of their debut album, or ep – or just drop by and say hi.

I’m sure they’d do the same for you.