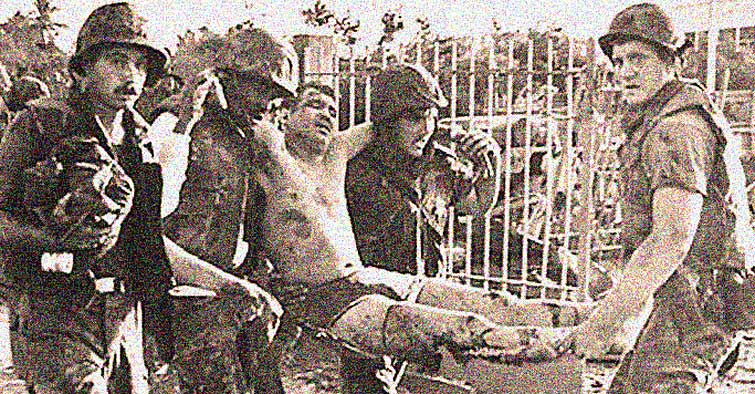 Thirty years ago today we were hearing the shocking news of a truck bomb exploded outside a U.S. Marine barracks in Beirut. And moments later another truck bomb going off outside a French military compound a short distance away. It was a new and horrifying glimpse of what was to become a pattern of terrorism for the future, and a game changer for our presence in the Middle East. October 23, 1983 was a pivotal point in our Military Policy and asked pertinent questions as to what was our role, what was our intent. It also gave some indication that there were places in the world we weren’t as welcome as we once thought. Despite proclamations to the contrary,we weren’t going to be greeted with candy and flowers anytime soon, if ever. Questions and proclamations that exist to this day.

But it was also a momentous week in history, the one that ended in contrast on the tragic day of October 23, 1983. Earlier in the week it was voted on and passed in the Senate that Martin Luther King’s birthday be observed as a National holiday. So starting in 1986, the third Monday in January would be designated Martin Luther King Day.

In other news – President Reagan replaced National Security Adviser William Clark with Robert McFarlane which left a gap as to who was to take McFarlane’s place with reference to the Middle East. And the situation in Lebanon was growing increasingly out of control, culminating in the car bombing at the end of the week.

And what a week it was, as reported on ABC Radio News on The Hour and ABC World News This Week for October 23, 1983.