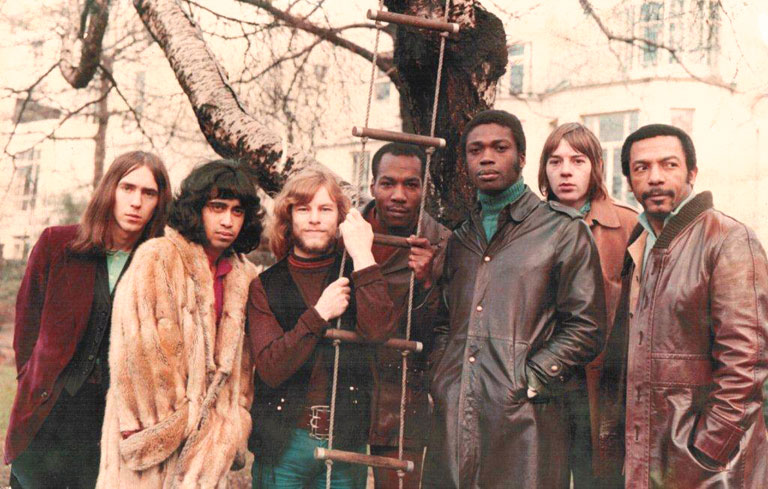 Even a Soul import in the 60s.

The Foundations – In Session On Bouton Rouge – 1968 – Nights At The Roundtable: Session Edition

Even a Soul import in the 60s.

Click on the link here for Audio Player – The Foundations Live on Bouton Rouge – Jan. 30, 1968

When I first heard The Foundations, via their massive hits Baby, Now That I’ve Found You and Build Me Up, Butter Cup, it was assumed they were an American Soul outfit, probably from Memphis – certainly in the Stax mould. It never occurred to anyone in a million years these guys were from London and the West Indies – and what we were hearing was a mix of Soul and Ska, without the characteristic Reggae beat.

I don’t think The Foundations did a U.S. tour, so they were something of a mystery. But they were definite hit makers.

Tonight its a session they did for the French Program Bouton Rouge, recorded on January 30, 1968.

Music was all over the place and the world was getting smaller by the minute.