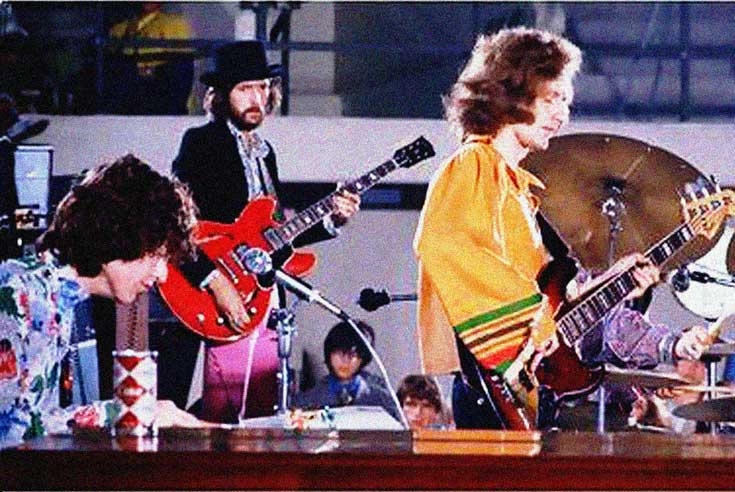 This one might take some getting used to. In the area of Supergroups and life expectancy, Blind Faith came and went in a flash. Because of that, some aspects of that lifespan are just not well documented. In this case, very few live concerts by Blind Faith managed to get recorded, and practically none of them recorded anything near well. Of the 8 or so recordings floating around, this is about the only one that has approached listenable. And even at that, there are flaws. For one, the emphasis is on instruments, rather than vocals. So Steve Winwood‘s distinctive and impeccable voice is slightly buried, which would be no problem if you were an Eric Clapton fan and wanted to hear only his work. But the idea of Blind Faith was the gathering of penultimate talents under one banner where each would be prominent. But tell that to the engineers. In all due fairness, the conditions and the concert tour were less than ideal. And stories of riots breaking out and a disastrous Madison Square Garden concert (a little over two months after this recording was made), probably added to the mystique, and made historic documenting difficult, if not impossible to achieve.

So with all that, here is an early concert from that ill-fated tour. Recorded in Gotesberg Sweden at the Konserthallen, Liseberg for, it is assumed, Sveriges Radio on June 18, 1969.

Someday the one pristine and flawless live performance recording from this short-lived band will surface. And once again, history will be right-sized. But for now, this is the best we got.

Enjoy and take with the best of intentions.