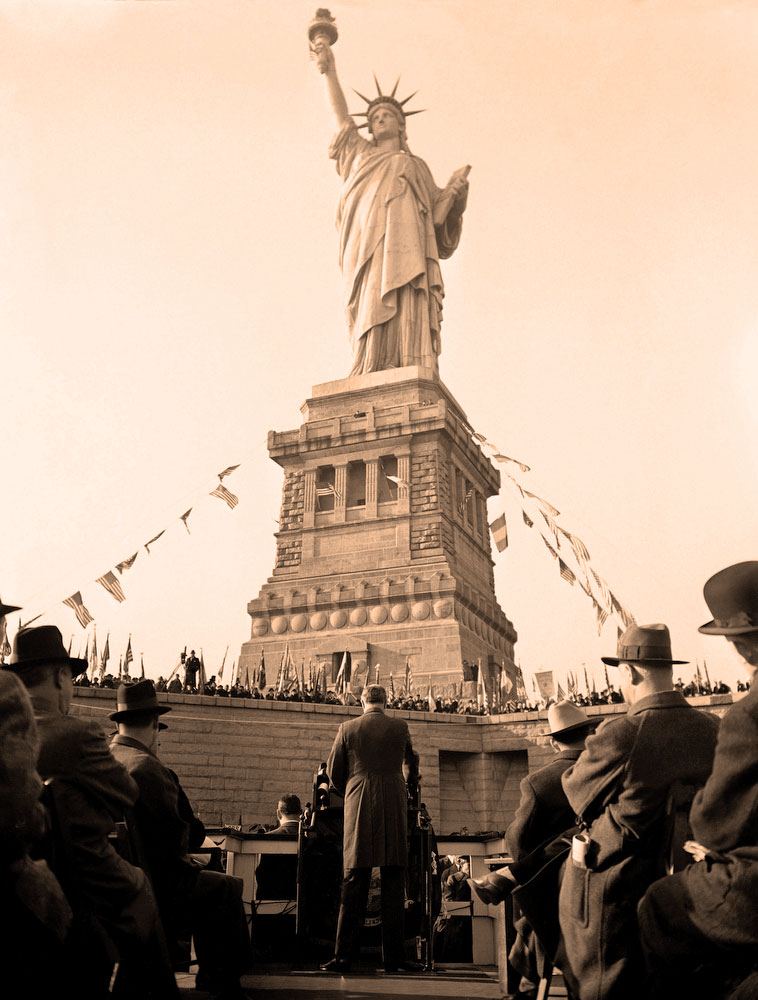 A reminder that America is made up of people from all over - and most didn't speak English.

A reminder that America is made up of people from all over – and most didn’t speak English.

Pres. Roosevelt: “It has not been sufficiently emphasized in the teaching of our history that the overwhelming majority of those who came from the Nations of the Old World to our American shores were not the laggards, not the timorous, not the failures. They were men and women who had the supreme courage to strike out for themselves, to abandon language and relatives, to start at the bottom without influence, without money and without knowledge of life in a very young civilization. We can say for all America what the Californians say of the Forty-Niners: “The cowards never started and the weak died by the way.”

Perhaps Providence did prepare this American continent to be a place of the second chance. Certainly, millions of men and women have made it that. They adopted this homeland because in this land they found a home in which the things they most desired could be theirs—freedom of opportunity, freedom of thought, freedom to worship God. Here they found life because here there was freedom to live.

It. is the memory of all these eager seeking millions that makes this one of America’s places of great romance. Looking down this great harbor I like to think of the countless numbers of inbound vessels that have made this port. I like to think of the men and women who, with the break of dawn off Sandy Hook, have strained their eyes to the west for a first glimpse of the New World.

They came to us—most of them—in steerage. But they, in their humble quarters, saw things in these strange horizons which were denied to the eyes of those few who traveled in greater luxury.

They came to us speaking many tongues—but a single language, the universal language of human aspiration.”

Read more at the American Presidency Project:Franklin D. Roosevelt: Address on the Occasion of the Fiftieth Anniversary of the Statue of Liberty.http://www.presidency.ucsb.edu/ws/?pid=15210#ixzz2j4DzKJEe

A reminder and a remembrance.