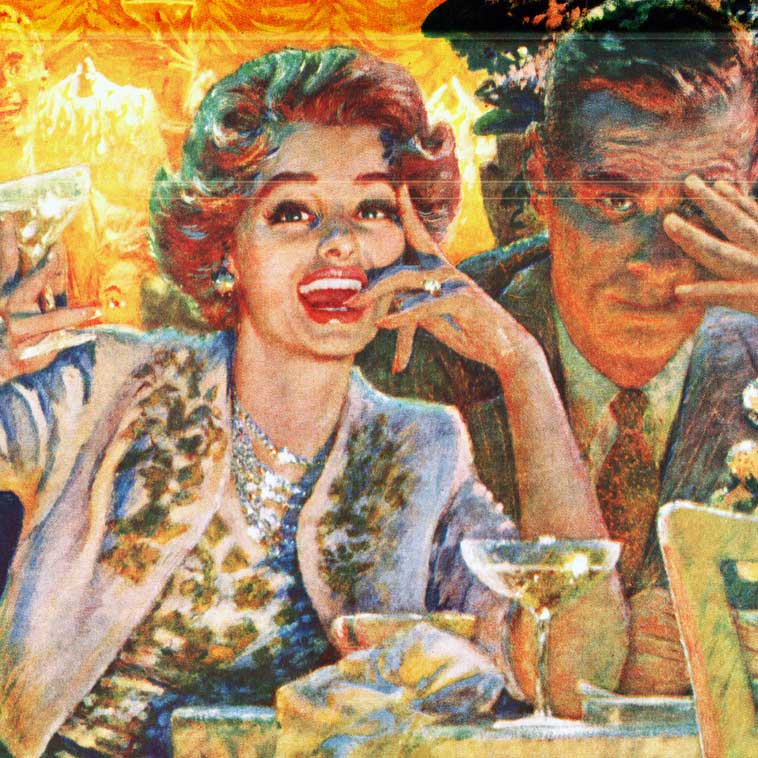 In 1960 we were a little preoccupied with thoughts of radioactivity and obliteration.

In 1960 there was a sudden Cultural Urge.

In May 1959, President Eisenhower participated in the groundbreaking ceremony which would eventually result in The Lincoln Center For The Performing Arts. It was the first center of its kind and an extraordinary feat. What was unique about it was the fact that funding came partially from the government, but the majority came from the private sector. It created a new era in Arts funding and it raised many questions over the role of funding for the Arts and Washington.

The Arts, it should be remembered, had something of an explosion in interest on the part of the public in the 1950s and 1960s. Some attributed it to the growth of the “Leisure Society” of the 1950s, while others attributed this new interest in Culture and the Arts as a by-product of new technology. In the 1950s we went from 78’s to lp’s – Mono to Stereo, Technicolor to Cinerama and Radio to TV – there were big leaps all around. And other Cultural centers were planned around the rest of the country, including a massive project for Washington D.C.

But the question was one of control. With the new emphasis on committees and foundations, would this result in total confusion or a watering down of the intention of what the Arts were about? The fear was the integrity of what made the Arts vital was the fact that it wasn’t done by committee, but rather the responsibility of one or two people with vision. The idea of what was to be presented in these Cultural centers to be determined by a group of Senators was not very appealing, but the problem was not so much what was going to go on at Lincoln Center, but what was going to go on in Cultural Centers in Nebraska or Oklahoma – those places away from major metropolitan areas.

So this discussion, part of the Open Mind Series, focused on Private versus Public funding for the Arts. On hand for the discussion were Moderator Eric F. Goldman, Reginald Allen – Executive Director of Operations at Lincoln Center, C.D. Jackson – vice-President of Time Inc. and a member of the Lincoln Center Board of Directors, and Robert Whitehead – Director of Producer’s Theatre and consultant for Drama at Lincoln Center. It was broadcast on January 31, 1960.

Many years before the advent of Staples Center, Nokia Center and Disney Center for the Performing Arts.

Times, they do change.