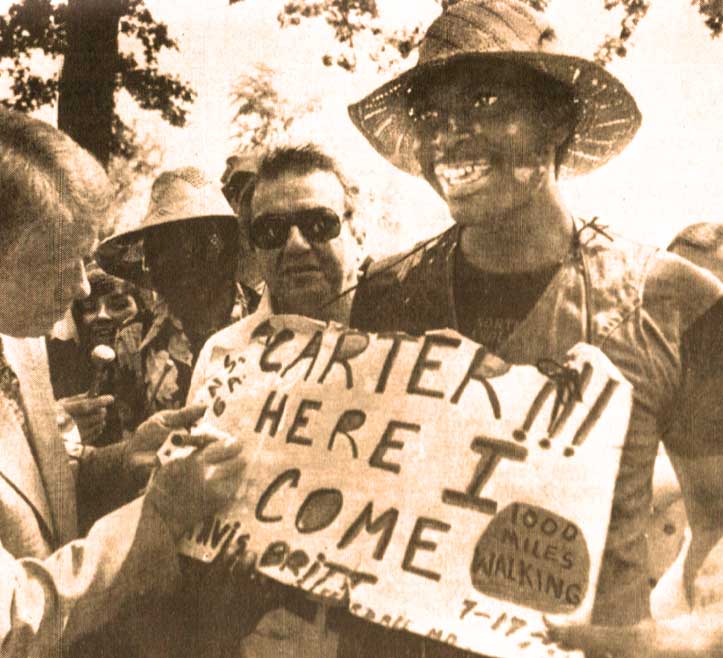 The "I'll say anything - I'll do anything" season was upon us.

The “I’ll say anything – I’ll do anything” season was upon us.

Down to the wire – the last full week of campaigning before America went to the polls, this week ending October 31st, in 1976. President Ford and Jimmy Carter and, by the looks of it, an apathetic country. Of concern to both candidates was the lack of enthusiasm in the polls, how a large percentage just weren’t going to show up. Ford was trying to distance himself from the Nixon White House and the backlash from the Watergate scandal. Carter was pushing the idea he represented a change coming to Washington.

Politics as usual – elections as always. And very shortly it would all be over, for another four years.

Meanwhile, grumblings over influence peddling by South Korea on Capitol Hill started to surface. Some 90 members of Congress were under investigation for taking bribes by South Korean officials in turn for special favors. In the center of the controversy was South Korean businessman Tong sun Park, who wielded considerable influence around Capitol Hill for years. As the investigations heated up – Park left town for parts unknown. Another element in the scandal was the influence and lobbying efforts of Reverend Sun Myung Moon‘s Unification Church and attempts to gain favors from Congress in exchange for bribes and other favors.

In short, another day on Capitol Hill.

The specter of Watergate once again reared its shadowy head when the U.S. Court of Appeals voted to allow the tapes used in the Watergate hearings were okay to be released to the public. Nixon appealed the appeal. On related news, convicted Watergate defendant John Ehrlichman decided to serve his 20 month sentence right away, rather than wait. Even though appeals to the case were still pending.

The Scottsboro Boys case came to closure, after some 45 years. Clarence Norris and 8 other black defendants were convicted, on flimsy evidence of raping a white girl in Alabama. Norris, who was paroled and left the state in 1946 finally received clemency this week in 1976.

And the Legionnaires Disease outbreak in July of 1976 was still a mystery. Although, this week the suspicion of it being an actual poisoning was being considered. Still no answers.

And that’s just a small portion of what went on this week, ending on October 31st 1976, as reported by ABC Radios World News This Week.