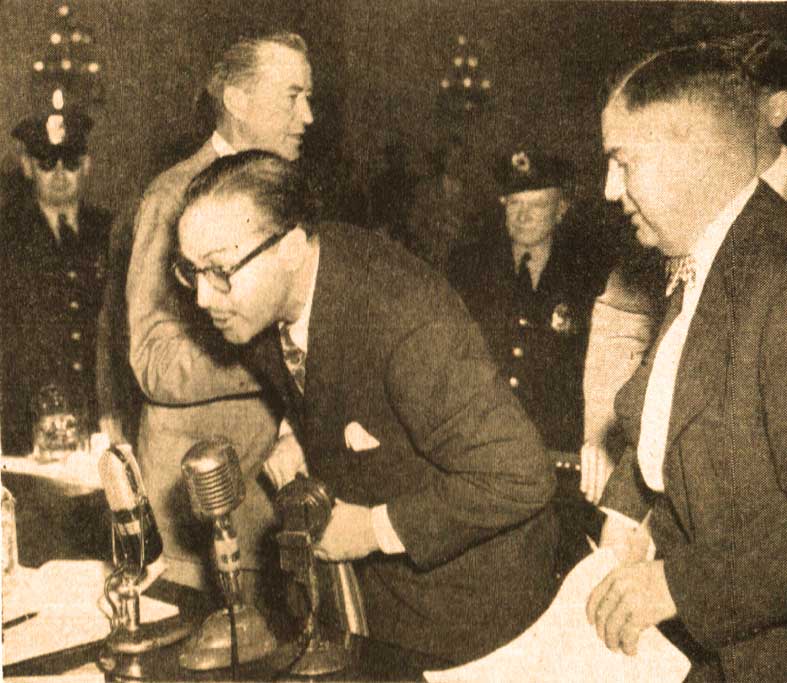 Like Dalton Trumbo – Some reputations were destroyed for no reason other than they could.

The famous Witch Hunts of 1947. With the Cold War ramping up to proportions edging on hysteria, it was Hollywood‘s turn under the Red Scare microscope. For two weeks, witnesses were summoned before the House Un-American Activities sub-committee to give testimony, stab backs, settle old scores and plead the Fifth. Of the parade of stars, directors, Studio heads and writers, ten writers were singled out for alleged activities with the Communist Party of the U.S. – remember, the Communist Party was a legitimate political party in the U.S. until the Red Scare took hold. And in 1947 the Communist Party was outlawed and anyone having anything to do with it was under suspicion of being either an agent for Moscow or someone bent on subverting the country. And who better, the committee thought, to subvert the country than a bunch of Hollywood screenwriters?

And so the circus dragged on and the innuendos and hearsay flew. And when it was over, ten of Hollywood’s best and most talented writers were destroyed, black-listed, unable to find work ever again.

Such was the power of rumor.

This was also the week, this week of November 2nd, 1947, where the issue of Civil Rights came to the forefront and the subject of segregation came under question.

Although it would be a very long time coming, Civil Rights legislation would eventually be introduced and passed – but at terrible cost.

These issues were discussed at length by noted historian Cesar Searchinger on his NBC Radio program Stories Behind The Headlines, for November 2, 1947.