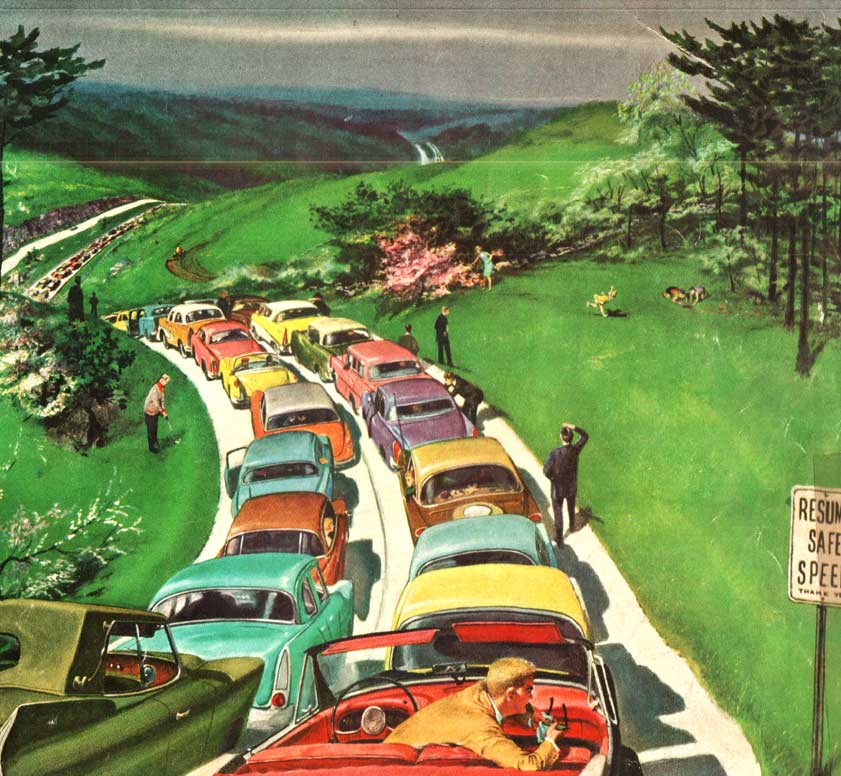 Another plan that looked good on paper.

Another plan that looked good on paper.

In 1959, as part of the weekly CBS Radio program The Hidden Revolution, Edward R. Murrow narrated a documentary on what many felt was the downfall of the 20-hour work week.

All that leisure time, a gift of new technology and time saving devices. Automation and how science was making it possible for us to not only live longer, but live happier.

And that didn’t sit well with a lot of people. Many, citing the 1890s as their model for “the last good years”felt, as a nation we were getting soft and disengaged and it would only lead to problems down the road. We needed to be a nation always a little hungry and a little struggling.

Of course, in the 1950s it was only fitting to look back on life 50 years earlier with a certain dewey-eyed nostalgia. We didn’t have The Bomb to worry about back then. We were pretty much an isolated nation. New technology consisted of the telephone, the light bulb and the automobile. And I am certain, people in the 1890s were no doubt moaning for the bucolic days of the 1850s, before the Civil War, before the Industrial Revolution, before minimum wage laws and clean food.

But regardless, in 1959 the Brave New World was upon us, filled with promise and ease – and it was being feared and resisted.

So in this half-hour documentary, Murrow surveys what’s going on and why people found it so troubling.