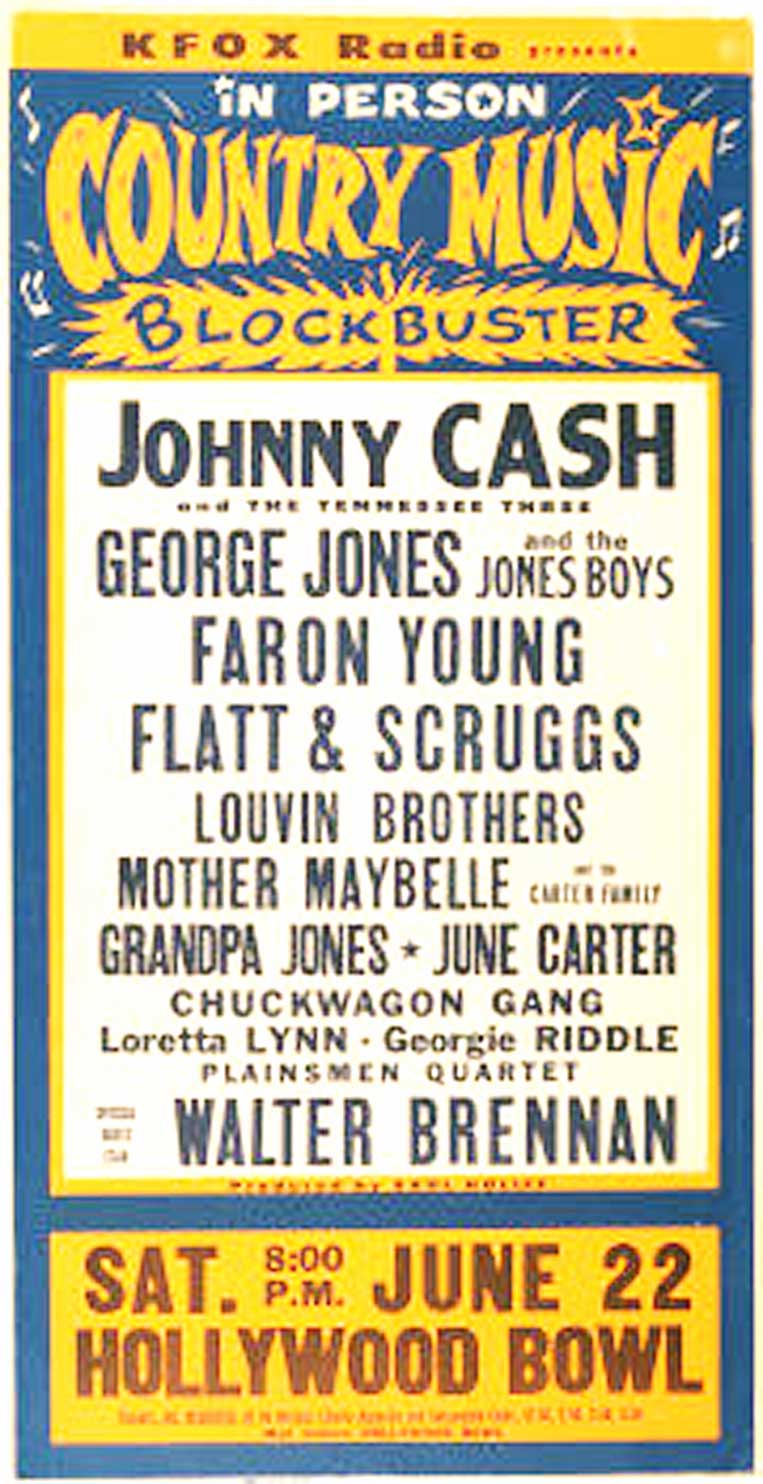 Last week, I ran the Louvin Brothers portion of this concert, not really sure if there were enough readers out there wanting to hear the whole thing. Johnny Cash, the headliner, was not in great form. A bad case of Laryngitis prevented him from giving the full 100%. But the rest of the show fairly drips with history.

So here it is – the whole thing. At almost four hours, it’s a slice of early 60s Country-Western Music and Los Angeles History rolled into one. Presented by radio station KFOX, which was a popular Country station in the L.A. area at the time, the hosts are the disc jockeys from the station, including the legendary Cliffie Stone, who was a fixture in the Country music scene in Southern California for many years.

From the evening of June 22, 1963 – as it happened, here is the KFOX Country Music Night at The Hollywood Bowl.