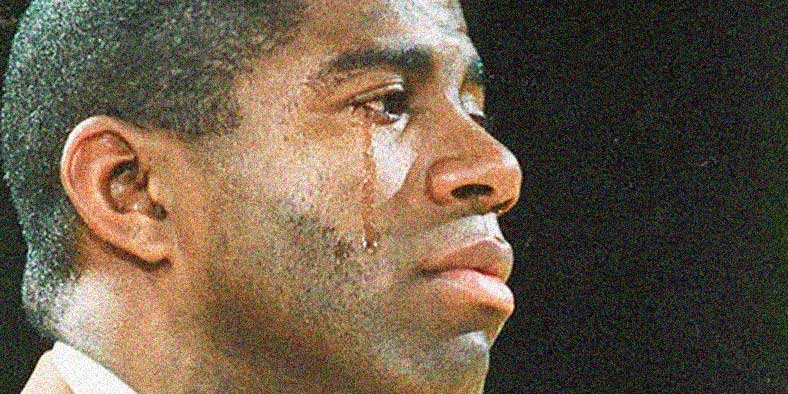 News for this November 8th in 1991 had mostly to do with reaction to the shocking disclosure the previous evening that Basketball legend Ervin “Magic” Johnson was infected with the HIV virus and that he would no longer be playing Basketball.

To many, this dramatic turn of events served to illuminate the deadly nature of the disease responsible for taking so many lives – that it was no longer considered a “gay disease” and the exclusive concern of the Gay community. AIDS, or at least the HIV virus, was now considered to be contractable by anyone, that no one was immune.

But to most, it meant the sudden end of an era. Magic Johnson was both hero and icon to millions, even those who knew little or nothing about Basketball. The have a career cut short by something as unexplainably tragic as this left many numb and speechless. And this day in history people were left to wonder what the future was going to be about.

But it was also a day with other news and other events.

Conflict between the Serbs and Croats in the region formerly known as Yugoslavia continued with most of Europe feeling powerless to stop what was shaping up to being a bloody, senseless, and undeclared war, despite numerous attempts at brokering a ceasefire, the Serbs ignored resolutions and now were faced with numerous sanctions.

President Bush (Sr.) announced the Rome Summit, which would transform the Atlantic Alliance to include some former Eastern Bloc nations under the old Soviet influence.

South Korea pledged to eliminate its Nuclear weapons program and urged North Korea to do the same.

And another terrorist bombing in Lebanon, this time at the American University in Beirut. It took down College Hall, killing one person and injuring several others.

The world once again lived up to its promise of being unstable, unpredictable and unrelenting.

And that’s  how it went for this November 8th in 1991 (also a Friday) as presented by The CBS World News Roundup.