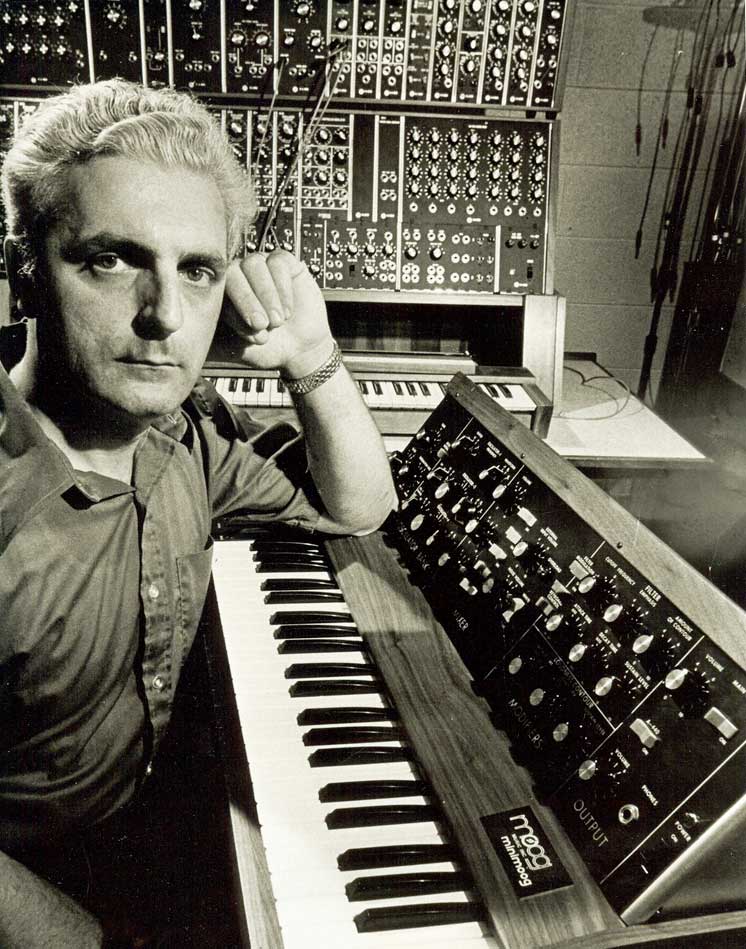 Glenn Gould And The Moog Synthesizer – 1968 – Past Daily Pop Chronicles

Without a doubt, there isn’t a musician or a band in the last 40 years that doesn’t owe some debt (or some curse, depending on how you look at it) to Robert Moog and his Synthesizer. Pretty much passed off at first as a device that would never catch major acceptance in the music community, it has gone through countless developments and improvements (not to mention the size and the price) to become the universal, and sometimes sole musical entity in many projects of late.

And it all got started someplace. And in the beginning it was very crude and elaborate and more of a conglomeration of tones and noises than actual music – with what conveniently fits under someone’s arm today took up the space of an entire room (much like computers originally did) in the 1960s.

The turning point came in 1968 when musician Walter (now Wendy) Carlos took the Moog Synthesizer and extended its musical possibilities and Columbia Records (now Sony) released the groundbreaking Switched On Bach – a Greatest Hits of Bach as translated by the Moog Synthesizer.

After that, interest exploded. Right after the Bach album came the soundtrack to A Clockwork Orange, and suddenly the possibilities seemed endless. And even by then innovations took place and a musical revolution was underway.

In 1968 CBC Radio ran a discussion/documentary program hosted by legendary Pianist and Bach specialist Glenn Gould in which the merits of the Moog were discussed with, among others, Walter (Wendy) Carlos.

At the time, no one could envision the extent of the Synthesizer or Robert Moog’s contribution. In the 45 years since this broadcast, the Synthesizer has become an integral part of just about every band every Pop recording currently being made.

So if you were wondering just how this all happened, here is a great opportunity to hear for yourself how Robert Moog and his Synthesizer managed to change the face of music.

Here is the 1969 rebroadcast of that documentary.