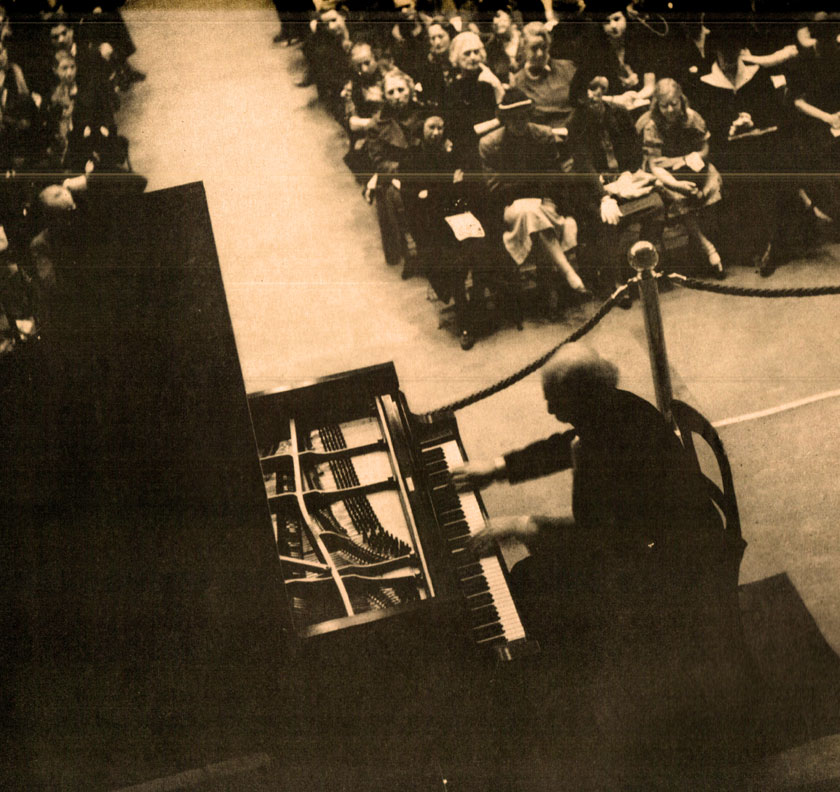 In what was to be his final tour.

In what was to be his final peacetime tour.

A few months ago I ran an earlier (1938) concert with the legendary Pianist/composer/statesman Ignace Jan Paderewski. It originated in Switzerland and the concert was relayed via Shortwave as a demonstration of the marvels of radio and new technology.

This concert, given on February 26, 1939 began his tour of the U.S., in what would be his final peacetime performances. Later on that year, war would break out and the flashpoint would be Poland. Paderewski would become a member of the Polish government in exile, heading up the Polish National Council, and only return to performing as a way of raising money for his Polish Relief Funds.

As a pianist, Ignace Jan Paderewski was one of the most famous and highly regarded artists during the late 19th and early 20th century. He was also one of the first major performers to use the then-new medium of Phonograph records, further spreading his fame and reputation. He became a worldwide sensation and much sought after in concert halls. He was, for all intents and purposes, a Superstar among Classical music performers with a career extending from 1887 until his death in 1941. With the exception of his stint as Prime Minister of Poland from January to December of 1919, and being involved with numerous humanitarian and political causes on behalf of his country, Paderewski enjoyed immense success both at home and abroad.

So this concert, beginning that final peacetime tour of 1939 was a much anticipated event. Heightened by the aspect of it being broadcast live around the world as part of the Arts and Performances Radio Program The Magic Key, which was sponsored by RCA Victor Records and featuring Victor artists almost exclusively.Never released commercially, here is that concert from the evening of February 26, 1939 as broadcast over NBC’s Magic Key pr0gram.