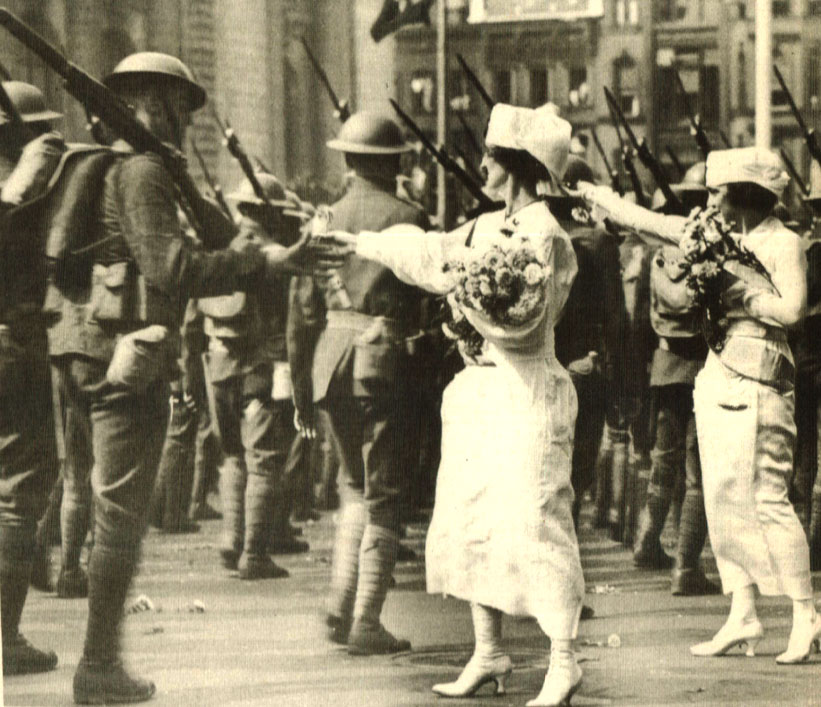 For many, the return was considerably different than the sendoff.

Armistice Day – For many, the return was considerably different than the sendoff.

As a reminder that November 11th was originally designated Armistice Day, because that was the day the fighting stopped in World War 1. At the time, it was the costliest, most horrific war in recorded history – one that achieved the bitter irony of being called “the war to end all wars“. If that were only true.

Now November 11th has come to mean, at least for the U.S., Veteran’s Day. The day where Veterans of all wars are commemorated and acknowledged for their service and ultimate sacrifice. So it is strange when many people are prone to exclaim “happy Veteran’s Day” without considering the true meaning and sacrifice behind this day.

How it has become a celebration of “the glories of war”, mostly by people who have not held so much as a K-ration in their lives. How, if anything, it points out the ironies war carries with it. Permanent scars for some, permanent loss for families and a convenient case of amnesia for those who would rather the cost and the damage were swept under a metaphoric rug – out of the sight of genteel flag-waiving and the endless patient search of the next war. So rather than offer hollow sentiments, perhaps the day should be spent thanking those who served, honoring those who died and promising those of age that needless and pointless wars will never happen again. It would be nice to say that wars would never happen again – but human nature hasn’t gotten there yet.

In 1921, President Warren G. Harding accompanied the arrival of some 5,500 caskets of dead from the battlefields of Europe during World War 1 to their final resting place in Hoboken, New Jersey.