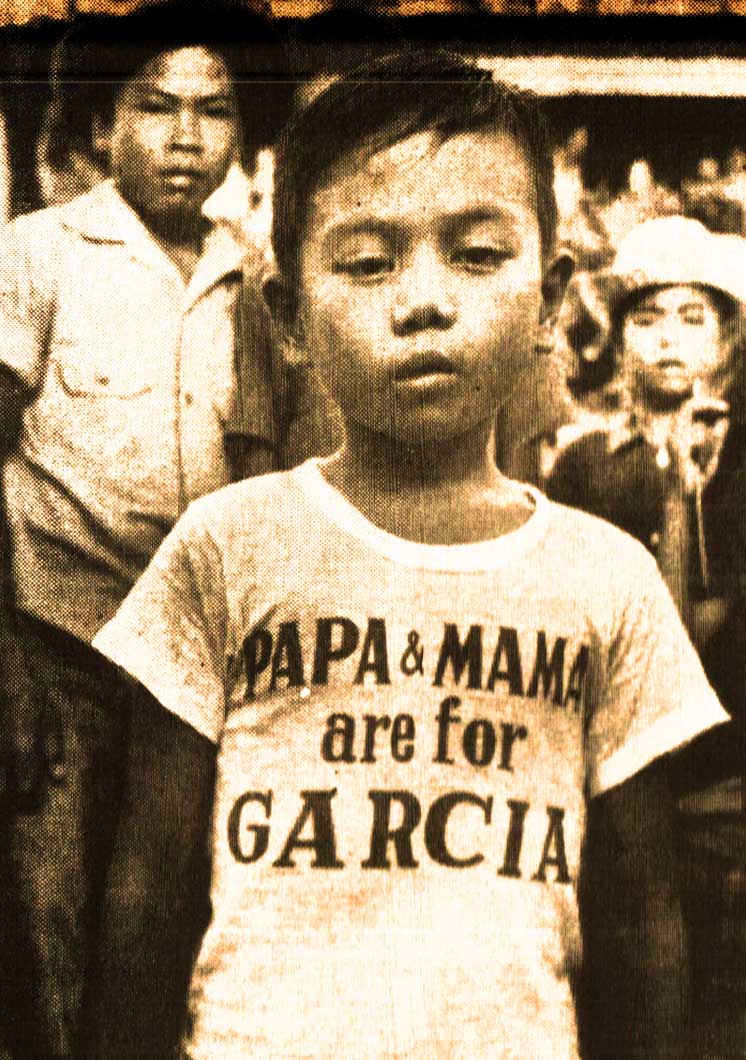 In the middle of Typhoon Season, even the kids were getting into it.

In the middle of Typhoon Season, even the kids were getting into the Election.

Aside from the obvious, November 11th was a busy news day in 1957. With Filipinos gearing up for a visit to the polls in what was referred to as a “wild and wooly” Presidential campaign. Smack in the middle of Typhoon season, turnout at the polls was expected to be large and voting to be brisk.

Back on this side of the Pacific – rumors were flying and speculation was buzzing around Capitol Hill of a purported invite from President Eisenhower to Democratic standard bearer and the previous years’ Presidential candidate Adlai Stevenson to join Eisenhower during the NATO Summit conference in Paris in the coming weeks. Not at all unusual, claimed some around the White House, for a member of the opposition party to be called on by the party in power. Truman had Dulles, who was a Republican and FDR had several prominent Republicans in his War Cabinet. No word yay or nay from Stevenson.

And that’s a little bit of what went on this November 11, 1957 as presented by NBC Radio News On The Hour.